Pre-Release CD Review: Phil Lee's "The Fall and Further Decline of The Mighty King of Love" 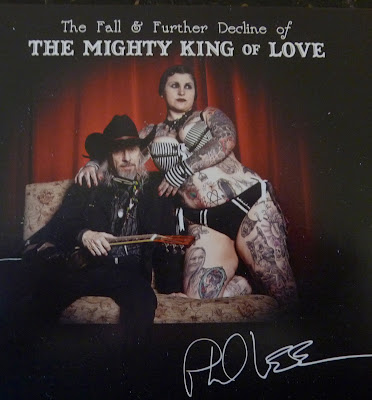 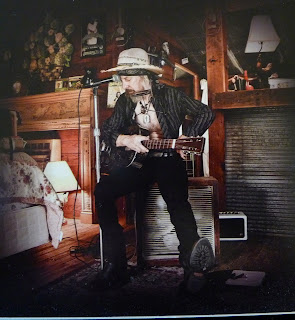 Let's start by stating that Phil Lee is a classic "Damon Runyon" character in every sense of the word. His resume reads like the script from an old Western film. He has done it all, playing drums, driving trucks, riding motorcycles, hauling equipment and also found time for stealing hearts, eluding authorities and raising Cain. Phil Lee's life experiences are important because they explain why he is such an amazing songwriter. The songs on Phil's new CD are new, fresh and real.  They tell stories that we can relate to in one way or another. Only someone who has experienced these kinds of life experiences could write these great songs.

The first time I listened to the songs on Phil's CD, I liked most of them and loved a few of them. The second time I listened to it, I loved all the songs.  The flavor is Country Blues with a large dose of Rhythm and Blues. This is the fourth CD that Phil has recorded, and it could very well be his best effort.  He wrote all the songs except for 2 he co-wrote "I Hated To See You Go" by Phil Lee and Barry Goldberg and "All You Need" by Phil Lee and Duane Jarvis. Phil Lee played Guitar, Harmonica and did the Vocals.  This CD will be released on February 26, 2013. Phil gathered a great group of musicians to support him on this CD: