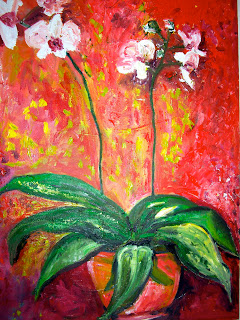 OK, I'll go first and rank my list of the 20 Greatest American Standards ever written. All I ask, in return, is some input from you about songs I have missed and changes in rank from your point of view. If you think this is an easy task, just try putting your list of 20 together.

First, let's set one ground rule, in order to be considered for the list the song must be 50 years old. In my way of thinking, if a song was written over 50 years ago and is still in demand today, that qualifies it as an American Standard Evergreen. Later when I get some time, we can start to develop a list of songs written less than 50 years ago that might be the American Standards of tomorrow.
20 Greatest American Standards
1. The Nearness of You
2. You've Changed
3. Here's That Rainy Day
4. What's New
5. The Very Thought of You
6. Body and Soul
7. My Funny Valentine
8. Embraceable You
9. I've Got You Under My Skin
10. Someone To Watch Over Me
11. Over The Rainbow
12. Misty
13. All The Things You Are To Me.
14. Bewitched, Bothered, And Bewildered
15. It Never Entered My Mind
16. Night and Day
17. As TIme Goes By
18. I Can't Get Started
19. Lush Life
20. This Bitter Earth
Well, there is my list, subject to immediate change if some of you can come up with better selections and rankings!
at September 30, 2009 6 comments:

The Quest for the 20 Greatest Songs Ever Written Begins 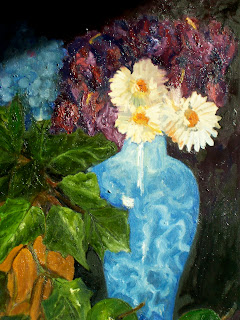 It's late Sunday afternon in January in the California desert. No, on reflection, it's a perfect Sunday late afternoon in Rancho Mirage, Ca. The weather is warm, dry and the air is clean and clear. We are out for Sunday dinner at a local restaurant, The Blu Embers. We saw an ad in the Desert Sun Newspaper that they were having late afternoon dining outside with live music. Over the past 15 years, we have learned that the California desert for professional musicians is very much like the place where,"Elephants go to live out the last part of their lives". If you like great live music, this is the place to be in the winter, no question about it. It's one of the principal reasons we love to come to the desert. The fact that the weather in winter is warm and sunny, of course, is no small consideration.
As the sun sets and we are seated outside sipping our glass of wine, we both realize, life just doesn't get any better than this.
Suddenly, the small 4-piece band starts playing and they get my full attention immediately. The leader of the group is a trumpet player dressed in black named Steve Madaio and the songs and sounds were a delight. The songs they were playing were mostly current popular tunes that sounded great. I became fascinated with the soft and personal sound coming from Steve's trumpet. At one point in the evening, Steve starts to talk about a song that is an old standard and is his number 3 on his "Top Ten" list of the best standards ever written. I leaned over and said to my wife, I bet it's "What's New". Sure enough, it was "What's New", written in 1939 by Bob Haggart & Johnny Burke that has been on my "Top Ten" list for a long time, but I did not have it in the 3rd spot. I guessed that this was his number 3 song on his list of all time best songs because his trumpet style would be perfect for this song. After the band's 2nd set, I went up to Steve and told him how impressed I was with his song selection and his outstanding trumpet performance. I told him about guessing that his number 3 song was going to be "What's New" and that I had been working on my list of greatest songs for years. We talked for a short time. After the next set, Steve came over to our table and asked if he could sit and talk with us for a while. He wanted to talk some more about the greatest songs ever written, and we did. This meeting of chance happened three years ago and Steve and I have been friends ever since. As we left the restaurant, I told Steve that I would burn a play list of my top 20 greatest songs by rank and would give him the CD at our next visit. Steve later related to me that he never expected to see me again no less get the CD because many customers have made comments to him about favorite songs but the discussion usually ended at closing time, never to be followed up again.
Two weeks later, we were back at Blu Embers to hear Steve. We said hello but I was not sure he would remember me. To my surprise, after the first break he came over and sat with us. That's when I pulled out the play list I had made for him and he was absolutely blown away. Of the 20 greatest standard songs I listed, 17 of them were also on Steve's list. The conversation then launched into a discussion of my rankings compared to his.
Ever since this meeting, Steve has been putting more discussion of the "Top Ten" greatest songs into his act and receiving great interest from his audiences. Since that evening, Steve and I have spent endless hours of time talking about great songs and great artists. This encounter was was the major reason why I started this blog .
My next blog will put forth my list of the "Top Twenty" greatest songs ever written. My hope is that you will share your ideas of what songs should be on the list and in what position.
at September 28, 2009 3 comments:

The Purpose of This Blog 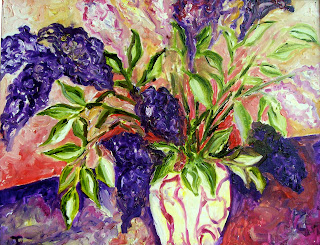 The Music Man Blog is committed to providing a common meeting place where like-minded music lovers can share information and increase the joy and ecstasy of music and the melodies, lyrics and performers who brought us to the party. While the mainstay topic will always be a focus on the Great American Songbook, we will also share information on contributions by great performers to standards, as well as new songs that could become the new standards for the younger generation. Along the way, we will also be covering other aspects of the music business including reviews of current live performances, new and old CDs, new songs and some of my personal experiences.

The Great American Songbook is a collection of songs written by American songwriters over the past 100 years. These songs are often referred to as "Standards" or the term I like is "Evergreens"; "Evergreens" because these songs never get old. They come back to life every time an artist creates his or her own interpretation. We also will have some fun ranking the best of the best of singers and instrumentalists.
at September 27, 2009 1 comment: