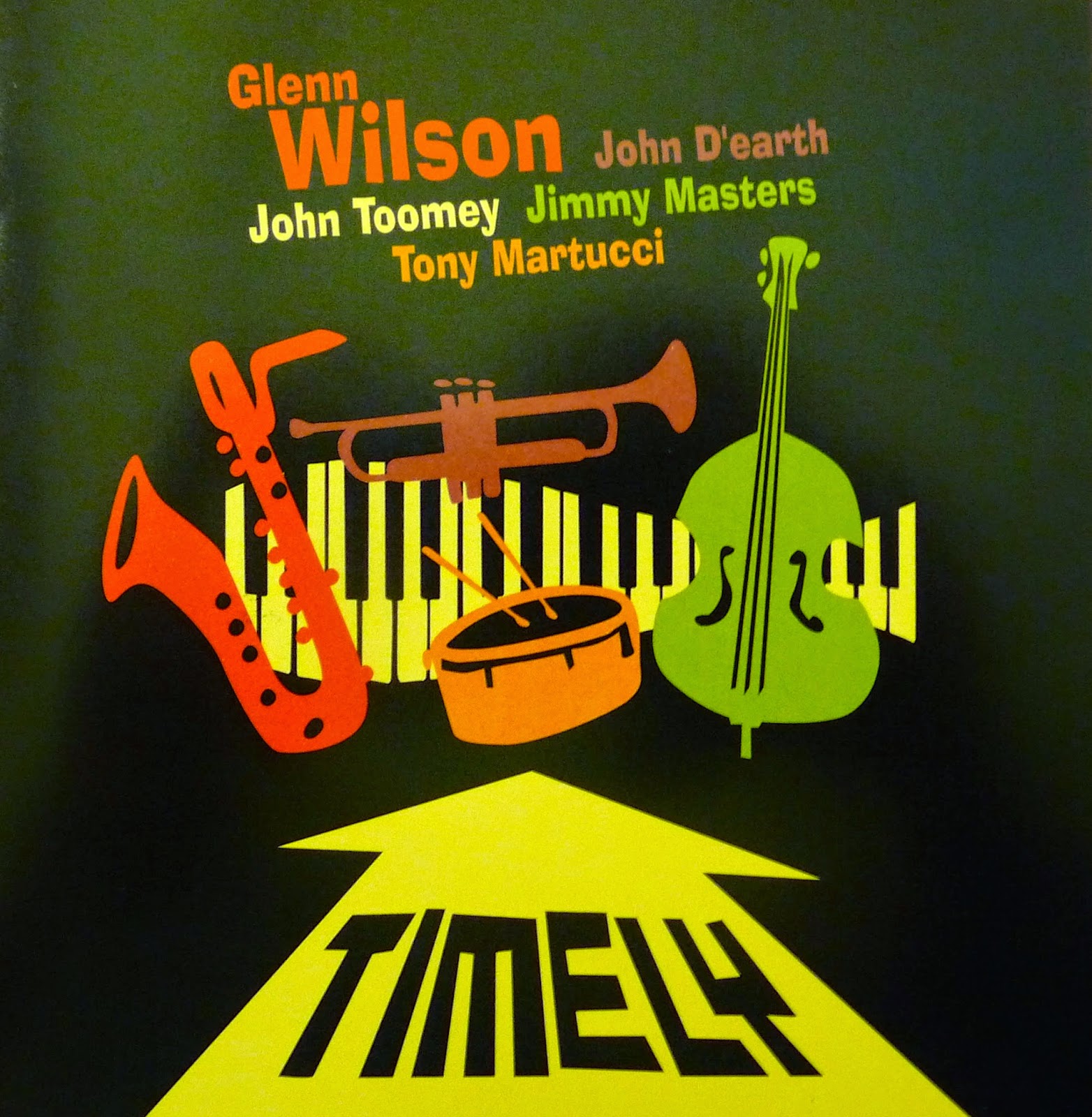 When I received this new CD from Glenn Wilson, I was excited to hear it since you don't get many Baritone Sax players putting out CDs these days.  One reason for this is that I think the Bari Sax is one of the hardest of the Sax family to produce a satisfying tone and improvise Jazz.  Glenn Wilson could show any Sax player how it is done perfectly.  His tone is terrific and he improvises on the highest professional level.  Glenn's career spans five decades ,and he has played with some of the giants in Jazz like Buddy Rich, Lionel Hampton, Tito Puente and Bob Beiden. Glenn has performed on seven solo albums and appeared in dozens of Jazz recordings as a sideman.

The second pleasant surprise for me when listening to this CD was the discovery of the terrifically talented, world-class Trumpet player, John D'earth who just knocked me out with his performances.  Wilson and D'Earth have worked together many times in the past and the synergy between them comes through with flying colors.  Also joining in the fun on this CD was John Toomey on piano, Jimmy Masters on Bass and Tony Martucci on Drums.  Putting all of these polished musicians together for this CD produces the most wonderful sounds of the listener.

The CD has 8 cuts and it was difficult to pick a favorite because I liked them all.  Of particular note for me was Cut#3 "Inner Life" that was written by John D'earth.  I have a soft spot for ballads, and this song was just beautifully written and played.  I also loved Cut#4 " Dylan's Delight" written by Bari Sax legend, Pepper Adams and Cut#6 "Sightseeing" a song written by the great Wayne Shorter.  The CD was recorded Live at Havana Nights Jazz Club in Virginia Beach, VA.  The release date for the CD will be February 24, 2015 by Cadence Jazz Records.

The music by this group is a wonderful example of why Jazz is still alive today!

I found a "YouTube" of Glenn Wilson and friends at the Illinois Shakespeare Festival that will give you a good idea of Glenn's wonderful Baritone Sax Sound.