San Francisco based Vocalist Clairdee has admired and been a fan of Lena Horne since she was four years old.  Clairdee was not just in love with Lena Horne's beautiful voice but also with Lena's intelligence, dignity, talent and willingness to fight for what's right.  In Clairdee's new CD, "A Love letter to Lena" she pays her respect to her idol with inventive arrangements of songs by Billy Strayhorn and contemporary composers with Clairdee's compelling storytelling.

According to Clairdee,  "I didn't want (this CD) to be merely a tribute album of Lena's greatest hits.   My mother passed in 2007, and I wanted the CD to reflect my parents' hopes for their children through the lens of Lena's efforts for civil rights and equality.  I also want to include a few songs that people may not be so familar with".

Clairdee is an accomplished, master Jazz singer with a warm, deep silky voice.  Lena Horne was one of the giants of Jazz from the time she started singing but she was so much more;  she did fight for equality throughout her life.  Clairdee has done us all a service reminding us of Lena Horne's greatness as a Vocalist and a person.  For millions of Americans, she did make a difference. 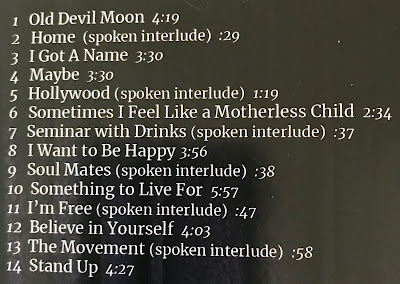 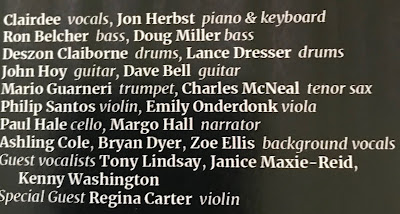 I have attached two "YouTubes" from "A Love Letter To Lena".  The first is the classic "Old Devil Moon" recorded in a Latin groove and the second is an up-tempo version of "Lady be Good".