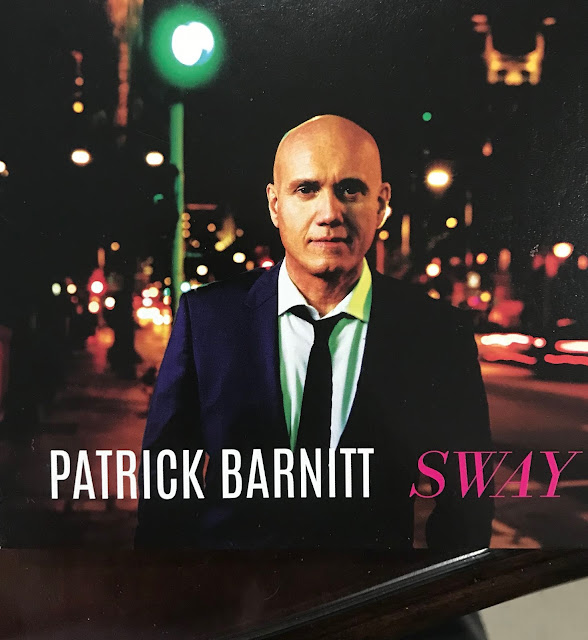 Vocalist, Composer and Actor, Patrick Barnitt has just released his second CD with the terrific 17- piece Paul McDonald Big Band.  Patrick is a regular performer around the Los Angeles area but grew up in my home state of New Jersey.  When I first received this CD, I looked at the Playlist and was not too optimistic about what I would find on this CD.  After all, what male singer would want to take on Sinatra classics like "I've Got You Under My Skin" or "One For My Baby".  However, as I looked further, I saw that the list contained an interesting, wide-ranging group of songs like "The Truth" written by the great Les McCann, Chicago's "Does Anybody Really Know What Time It Is"  and the old chestnut, "Won't You Come Home Bill Bailey".

Patrick Barnitt has a classic tenor voice that is perfectly blended into the exciting sounds and arrangements of the Paul McDonald Big Band.  Singing and swinging with a big band is an opportunity that every singer longs for, but in order for it to work, the singer and the band have to merge and become one, support each other and also give each other space to excel.   This CD accomplished all of these requirements.  Patrick gets a lot of work as an Actor but he deserves more public notice for his vocal accomplishments.  He has a great voice and style which at times brings one back to the 1950 crooning era but he also does some wonderful things with more current music.  I think it would really be good for Patrick to put together a collection of songs from some of the more recent composers on his next CD.

I had a tough time picking a few songs from the CD for you to review but finally settled on these three because I think it gives the listener the broadest picture of Patrick Barnitt's talents.   The first one is the "The Truth" written by Les McCann and features Vocalist Laura Pursell.  The second YouTube is "Please Be Kind" written by Sammy Cohn and Saul Chaplin and I had to attach the third YouTube one of my favorites from "Chicago", "Does Anyone Really Know What Time It Is".