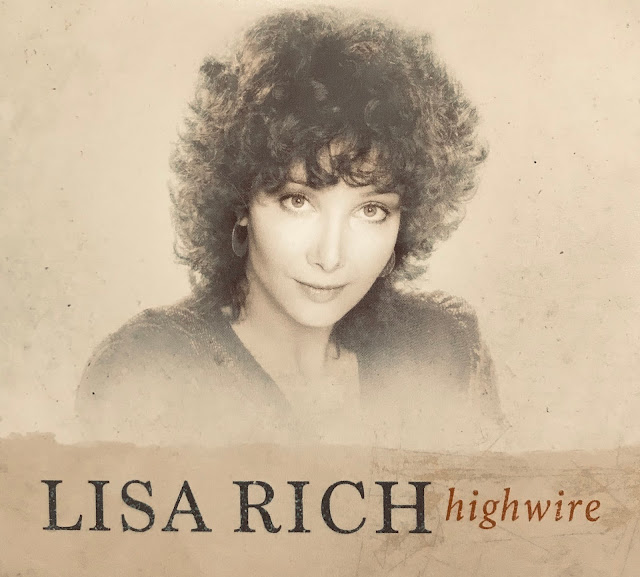 Lisa Rich has an interesting story to tell.  In the 1980's she was one of the most promising Jazz singers in the US.  She and her lush voice performed in some of the most prestigious Jazz settings in the US including a series of concerts in China and India. It was not only her voice that brought her into a national focus, her ability to handle sensitive lyrics and melodies were near perfect.  She recorded two CD's before recording "Highwire" in 1987 but never released.  Lisa Rich experienced serious health issues that caused her to stop performing and pause her career.  She then opened up a music studio and worked as a Vocal teacher and gave private lessons and conducted workshops.  It was not until 2018 that Lisa returned to the music she had begun so long ago and remixed the "Highwire" CD and released it in August of 2019.

"Highwire" is really a tribute to the writing genius of Chick Corea.  A chance encounter with Chick Corea moved him to present Lisa with several of his songs.  Lisa interprets five of Corea's songs on this CD and also two songs by Ralph Towner, one by Duke Ellington, Ornette Coleman and Loonis McGlohon and the standard, "We'll Be Together Again" by Carl Fischer and Frankie Laine.

This CD remix was recorded 32 years ago but proves again that good music is timeless.  Lisa Rich has a natural ease and smoky lush voice that reminds us what Jazz Vocals are all about.  All the songs included in this CD are difficult but sensitive and Lisa sings everyone flawlessly.


I have selected two YouTubes for you to review that showcase Lisa Rich's wonderful Vocal talents. The first one is "High Wire The Aerialist", music by Chick Corea, Lyric by Tony Cohan.  The second is a terrific version of the standard, "We'll Be Together Again", Music by Carl T Fischer, Lyric by Frankie Laine.