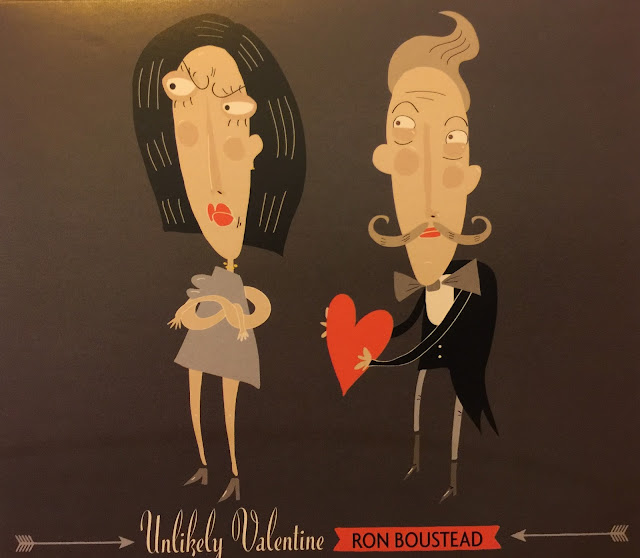 Ron Boustead has a long and solid reputation as one of the most talented Vocalist and Lyricist performing today.  For the past 34 years, Ron has been performing and writing lyrics since he was just 16.  His many past credits include recording a vocal CD featuring lyrics he had written to tunes by the likes of Chet Baker,  Chick Corea, and Freddie Hubbard.  Over his career, he released three more CDs and learned a new trade. He became a top-notch mastering engineer, worked at the legendary Precision Mastering where he cut CD and vinyl masters for artists like Prince, Rolling Stones, Seal, Kiss, R.E.M., and many others.  After all of these achievements, Ron thought it was time for him to make a CD that reflected his evolving tastes and growth as an artist.  His new CD "Unlikely Valentine" is cool and hip.  Ron put together a mix of tunes that include lyrics he provided and a fresh take on lesser-done standards.  When Boustead began thinking about this project, he decided he wanted the music to be upbeat and bebop-oriented, yet accessible to people who aren't necessarily hard-core Jazz fans.  In my opinion, he has reached these goals!  His new CD is fresh and live and his lyrics seem real and natural.  His performance on the tune he wrote, "Coffee" is outstanding in style and lyric and Ron's vocal is perfect and "Sinatra-like".  If you like straight ahead Jazz vocals, you will love this new CD that is being released on February 14, 2017.  It will be available on Amazon, iTunes and CD Baby.

I found and attached a couple of "YouTube" videos that I think you will enjoy.  The first is Ron telling his story about his new CD and the second I just had to share,  Ron singing my number one greatest song, "The Nearness of You".  Enjoy!