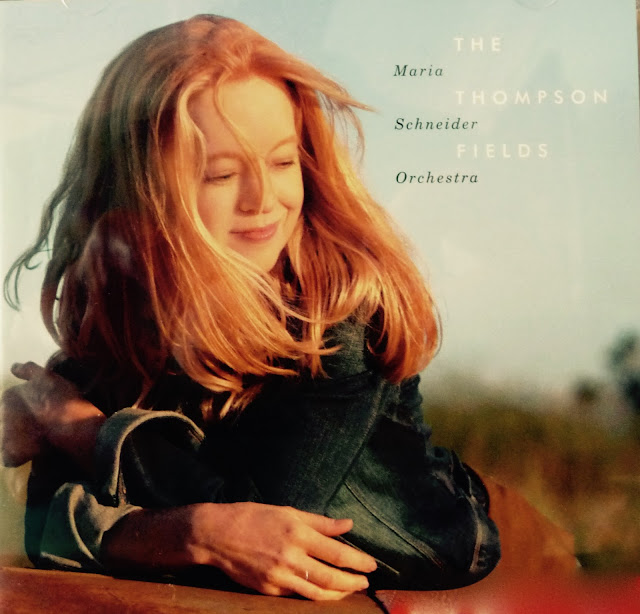 Composer, arranger and bandleader Maria Schneider has just released her new CD, "The Thompson Fields" recorded with her highly recognized Jazz orchestra.  I never heard any of Maria's compositions before nor have I ever heard her Jazz Orchestra.  After listening to the first cut on the CD, "Walking by Flashlight" it became clear that Maria Schneider is a brilliant composer and arranger.  While Maria has written 8 new Jazz compositions for her CD, the construction of the songs is much more than Jazz.  I would say it's a fusion of Jazz and Classical with Jazz in the leadership position.  Maria's public recognition has been on a hot roll after she released her last CD, "Winter Morning Walks" that won three Grammys in the classical category of the 2014 Grammy Awards, making her one of the rare musicians to win Grammys in both the Jazz and Classical categories.

Maria is known for her autobiographical music and in the songs she has written for "Thompson Fields" she shares her relationship to southwest Minnesota, where she spent her childhood years.  Her music reflects the calming effects of her love of landscape, birds, and prairie.

Maria has been a leader over the last decade in successfully demonstrating how music could be funded and released using "ArtistShare".  Maria's first "ArtistShare" album, "Concert In the Garden", not only won the first Grammy with Internet-only sales but opened the crowd-funded era.  Over the past thirteen years, Maria has developed a growing concern for intellectual property rights,  engaging with lawmakers, the Library of Congress and others to protect the rights of music creators.

"Thompson Fields" was supported by "ArtistShare" and is available exclusively at MariaSchneider.com.

I have attached a "YouTube" of Maria reviewing the birth of "The Thompson Fields" her new CD.