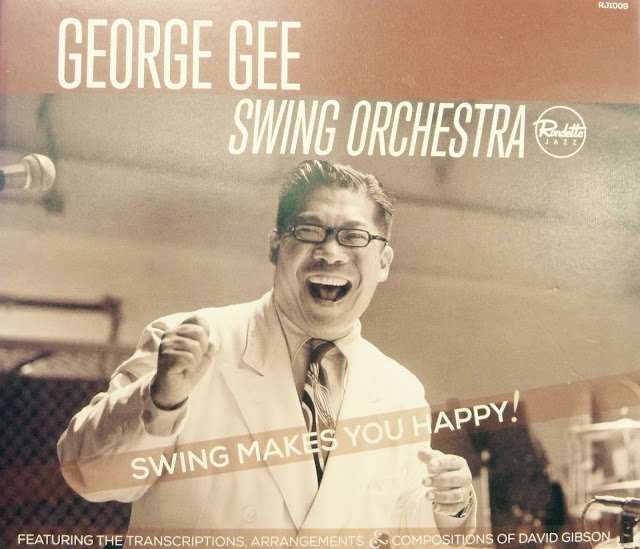 Ok lovers of the "Big Band" sound, here is a new CD that will be guaranteed to make you feel good! Bandleader George Gee and the talented Musical Director, Composer, Arranger and Trombonist, David Gibson have recorded an excellent group of 19 swing songs that while staying true to the foundations of the swing tradition, sound fresh and new.  The Gibson arrangements are terrific as are the five originals he wrote, and he also produced three excellent transcriptions from the Chick Webb repertoire.  This band really cooks with these arrangements and produces a much larger sound than one would expect from a 9-piece orchestra.  And in the tradition of great swing bands of the past, Gee has brought along two wonderfully-talented singers, Hilary Gardner and John Dokes.  They are both great big band singers and seal the total package for this swing orchestra.

The members of this orchestra are all high-end professional players and should receive much credit for producing a CD of such high quality as "Swing Makes You Happy".

If you ever find yourself in the NYC area, The George Gee Swing Orchestra has been performing at the Swing46  Jazz and Supper Club in NYC's Times Square for almost 18 years.  You can catch their act every Tuesday at 8:30pm to 11:30pm and on selected Fridays from 9:30pm to 1:00am.  You can call for reservations at 212-262-9554.

I was able to find a "YouTube" of the George Gee Swing Orchestra performing the first cut from their new CD, "Comin' Home".