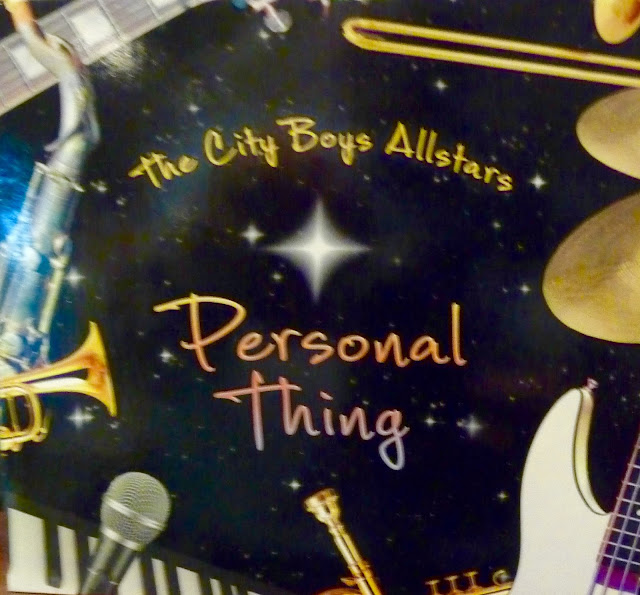 "Personal Thing" is the second album from a talented group of musicians called "The City Boys Allstars".  After listening to this new CD, my first thoughts were what a great sound this band gets and how remarkably talented are the members of this group.  My second thought was I had to get to see this group in person.  The group is made up of three wonderful singers and ten outstanding musicians.  The City Boys Allstars are based in New York which is appropriate because their music captures the personality of New York City with its fresh mix of Jazz and rock combined with funk, soul, blues and gospel.

This Group really cooks and the excellent songs included on this CD were written by four band members who makes the group's musical sound outstanding.  The leader of the band, Mike Merola, who has been recently inducted into the New York Blues Hall of Fame, is an outstanding Guitarist who has put together a marvelous group of talented musicians.  Generally when I do a review, I highlight the major players in the group but that is not possible with The City Boys Allstars because every member of this group is truly an Allstar!  All the wonderful arrangements on this CD were written by Tony Kadleck and Tom "Bones" Malone.  Don't miss a chance to see this band when you are in the NYC area. You can find their CD on Amazon, iTunes and CD Baby.

I have attached a "YouTube" video of The City Boys Allstars playing "Testimony" for your listening pleasure.