Pat Rizzo Is Back Leading The Musical Charge At 360 North In Palm Springs, CA 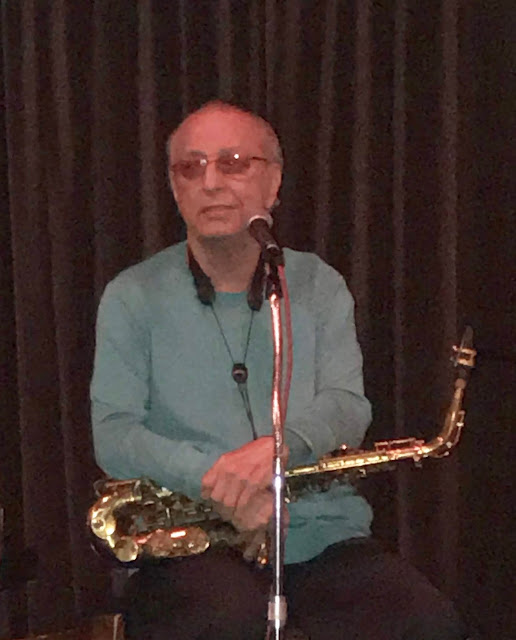 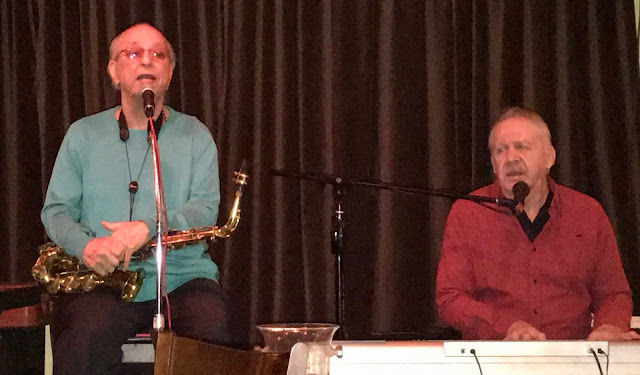 "The Riz "is back making wonderful music again at 360 North in Palm Springs.  Pat had put his Sax and his voice away for more than a year, but he is playing and singing like he never left the stage!  Pat is teaming up with ultra-talented Dennis Michaels who plays beautiful piano and also sings and joins Pat in duets covering some of the greatest songs from the "Great American Songbook".  The duo plays every Friday at 360 North and anyone that loves beautiful, live music should make it down to 360 North to see Pat and Dennis.  The chance to hear two of the classic music stars of the Desert perform live, should not be missed by any fan of great Jazz sounds!  It's like taking a live look back at the musical history of the Palm Springs music scene.

What a treat to hear Pat sing and play again and his sense of humor is still very much intact!  Pat Rizzo remains a musical treasure to all music fans here in the Coachella Valley.  Pat's musical resume could fill a book and his many years playing for Sinatra in LA and at Sinatra's Rancho Mirage Estate could fill several chapters with interesting stories.  Pat Rizzo is the real musical deal!  We get very few opportunities to listen to a music legend with such a strong successful career perform live right now;  so go over to 360 North and enjoy the playing, singing and personality of Pat Rizzo soon!

Dennis Michaels has his own splendid musical resume.  He has played for many of the major Vocalists of the last 50 years.  He also worked for Keely Smith as her Musical Director and Arranger.  He toured with her for over 25 years.  He has a special talent for Arranging and a sensitive feel for lyric that make it a pleasure to listen to his singing and playing.

And there are always special guests who show up to see Pat at every performance from all of the country.  Tonight,  LA sensation Michael Dees who moved to Palm Springs a few years ago,  sat in to sing a few songs.  Michael is one of the best Vocalist, Arranger and Composer on the music scene today!  Also, direct from "Birdland" in New York City, Bandleader, Arranger and super Sax player, Ron Aprea came in to see Pat who he knew from the time Pat lived in New York.  Ron also was close to another Palm Springs great we just lost, Steve Madaio.  Ron and Steve had a long musical past including recording with John Lennon.  Ron's big band currently performs regularly at "Birdland".  The next singer Angela DeNiro (Ron's wife) came up to sing one of the best retendions of "Someone To Watch Over Me" I have ever heard with Dennis Michaels on the Keys.   All this musical talent at 360 North on a normal Friday night in Palm Springs with no cover.  They just keep the music history of Palm Springs alive!

For your listening pleasure, I have attached a "YouTube" from Pat Rizzo's CD, "Gold For Silver" on which Pat shares the stage with the great Trumpeter, Conte Condoli.

I have also attached a "YouTube" of Pat singing "Nancy With The Smiling Face"  from his CD "The Tokyo Blues" to give you a sample of Pat's smooth and relaxed singing style.