CD Review: Beverley Church Hogan "Can't Get Out of This Mood" 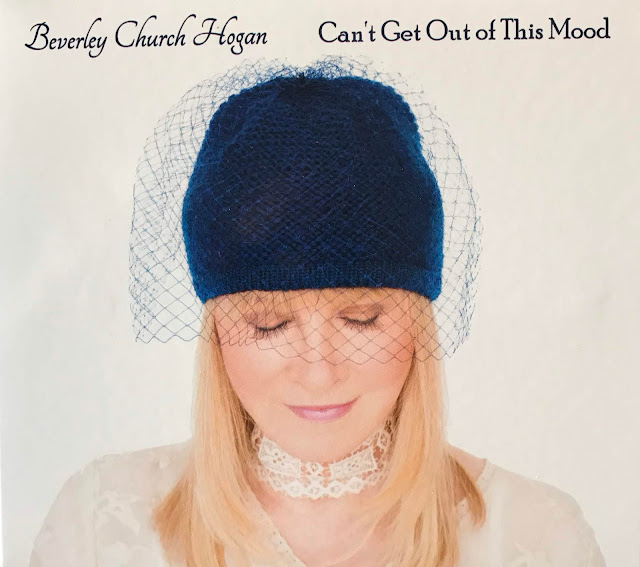 Vocalist Beverley Church Hogan was ready to kick-off her singing career at the age of 21when she relocated from Montreal to Los Angeles.  She was offered a recording contract with Capitol Records that required her to tour for 58 weeks.  At this time she was married and had a one-year-old baby.  After much thought and discussion, Beverley surprised everyone including Capitol Records by turning down the contract.  For the next forty years she dedicated her focus on being a mother, a wife and a businesswoman.  It was a decision she never regretted!

Then in 2002, she found her way back to music when she was invited to sing at the Catalina Jazz Club in Hollywood.  The night was a huge success and she surprised many of her friends who never knew about her talent for singing.  The Catalina event has since become an annual event with every seat always filled.  She continued singing for the next 12 years and when she turned 83, she decided it was time to make her debut CD.

Beverley enlisted the help of musicians she had the highest respect for and the first one she asked was John Proulx who was asked to arrange, produce and play for the project.  Many readers of this blog know how talented John Proulx is because he has preformed live at Pete Carlson Golf and Jazz Club in Palm Desert many times.  Proulx gathered some of the "Best of the West" for this CD starting with Trumpet and Flugelhorn master Ron Stout.  Ron Stout is joined by the great young guitarist, Graham Decter, Reedman Doug Webb, Bass Player Lyman Medeiros, Drummer Clayton Cameron and Percussionist Kevin Winard.  Beverley also asked Producer Barbara Brighton to help produce her vocals.

The mix of songs on this CD are outstanding.  A few songs from the "Great American Songbook', including one from Bobby Troup, "You're Looking at Me".  Plus some contemporary composers including Chris Caswell, Rene Marie and Stephen Sondheim's famous "Losing My Mind".  Also on the CD is a terrific song composed by John Proulx with Lyrics by K. Lawrence Dunham, "Stuck in a Dream".

Beverly's primary focus is on presenting her own special interpretation of the Lyrics.  "I want to connect to the listener, and I hope the story I'm telling in song evokes memories and emotions that are meaningful to the audience".

Remarkably, at 83, Beverley's voice is strong and clear.  While it is sad that she waited so long to record her first CD,  at the same time, Jazz vocal lovers should rejoice to  have the chance to hear her sing on her CD, "Can't Get Out Of This Mood".  Please keep singing, Beverley,  I can't wait to get to listen to your next CD!

I located a "YouTube" of Beverley singing the Stephen Sondheim gem, "Losing My Mind".