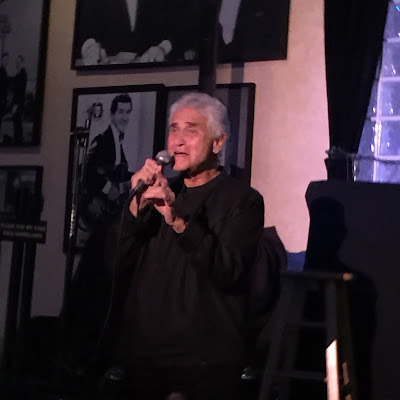 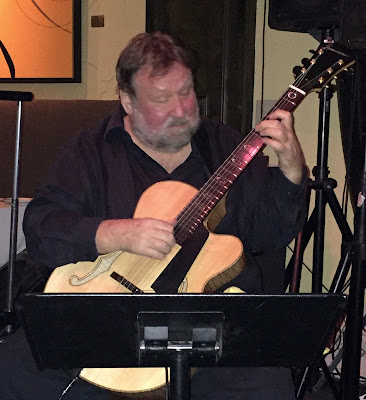 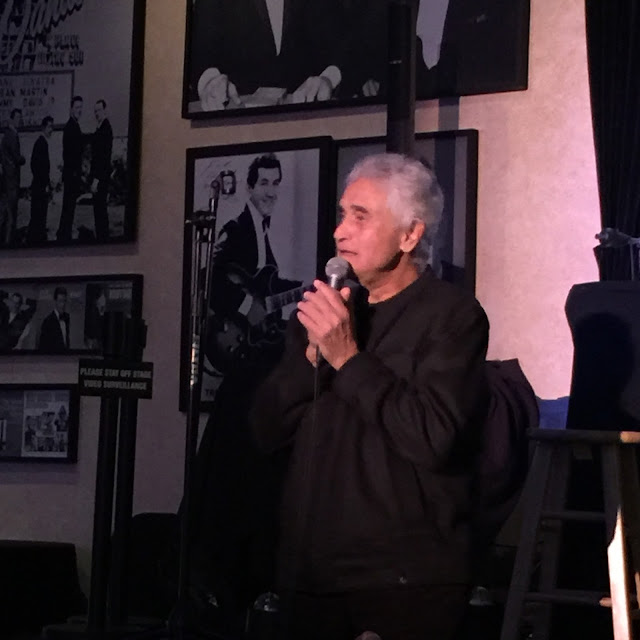 Aubrey Tadman is a musical treasure who lives and sings in the Coachella Valley.  Aubrey is multi-talented with comedy writing credits for such shows as "Mary Tyler Moore", "Rhoda", "Welcome Back Kotter", "Three's Company", "The Tim Conway Show", "Dick Van Dyke And Company" and "Donny and Marie" just to mention a few.  Of course, anyone who has met Aubrey knows how funny he can be.  Aubrey is from Winnipeg,  but his personality is right out of Hollywood.  Aubrey has had a long career as a writer and producer of television in Hollywood.  He has won an "Emmy" and has been nominated for 5 additional "Emmys".  He has also been awarded a "Writer's Guild Award".

Aubrey has performed at some top clubs in California including "The Jazz Bakery", "The Hyatt Hotels", "Geri's World",  the famous "Racquet Club" and "Vicky's of Santa Fe" in Indian Wells.  He has also performed in the Vancouver Jazz festival five times.  I first heard Aubrey sing when he sat in with talented pianist Rich Bono at The Indian Wells Resort Hotel.  Aubrey sang "Body and Soul",  and I became an instant fan.

On Tuesday, February 2,  a big group of his friends gathered at 360 North Restaurant in Palm Springs CA to hear Aubrey sing.  His appeal as a singer is linked to his understanding of lyric and impeccable timing.  He puts life into a lyric with surging emotion.  His ability to inject that emotion into lyrics that may have been written 50 years ago and take them into the present is a rare talent few vocalists can reach.  As you would expect, Aubrey just can't stop from throwing in some comedy lines into his performances to the delight of his audience.

Aubrey has a great CD  that I highly recommend.   The CD is "Stay With Me" and it will give you a true sample of Aubrey's great singing ability.  The CD covers many wonderful standards like "Accustomed To Her Face", "Watch What Happens", "She Needs Me" and "Mountain Greenery".  I found a cut from the CD on "Youtube" and have attached it below so you can hear Aubrey at his best!  The CD can be purchased on "CD Baby".

I attempted to record a sample of Aubrey's performance at 360 North so you can see how entertaining he can be but the lighting was low and I picked up a lot of the crowd noise, but I still think it is worth sharing.  It captures Aubrey singing "You Are My Sunshine" using some funny new lyrics he has written.