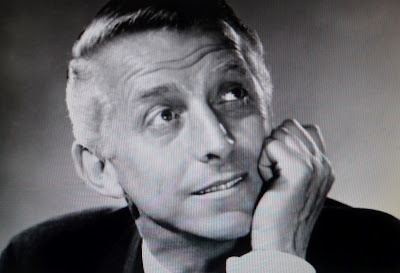 Stan Kenton and his Orchestra was one of the most controversial bands to come out of the 1940's.  The "Walls of brass" was the most famous characteristic that was used by many in describing the Kenton Orchestra.  Kenton's orchestrations used richly somber trombones, staccato saxophones and blazing-high trumpet notes. The Kenton arrangements were far ahead of their time but many mainline music critics considered his musical product as loud noise. But in time, Stan Kenton got to prove his critics wrong and continued to maintain a strong following long after the rest of the big bands of the 40's and 50's stopped performing.  Stan Kenton was a musical genius far ahead of his time.  Kenton provided a link with his unique sounds and arrangements between Jazz and Classical music.

I have attached two YouTube videos that highlight the suburb musical arrangements and unique sounds of the Stan Kenton Orchestra.  The first is one of my all-time favorite Kenton arrangements, "The Peanut Vendor" recorded in London in 1972, six years before his death in 1979. The second video is a recording produced in 1951 featuring another of my all-time favorite trumpet players, Maynard Ferguson playing the classic evergreen, "What's New".  I think you will agree that both of these recordings, made more than 40 years ago, still sound new and fresh today.  This is a tribute to why Stan Kenton is considered by many as one of the founding fathers of modern Jazz.

Important Note for all Stan Kenton Fans: Some of my readers might not be aware of the fact that there is a "Kenton Alumni Band" that is still touring the country.  I just received an email from them announcing that the band will be touring on the East Coast from April 8th to the 22nd next year.  They will be performing in Ohio, Pa, NY, Mass, New Hampshire, Conn, Rhode Island, NJ, Maryland, Washington DC and Virginia.  You can find additional information on their site: www.bigbandjazz.net which will be up very soon.  You can also contact the leader of the group Mike Vax at: vaxtrpts@aol.com.