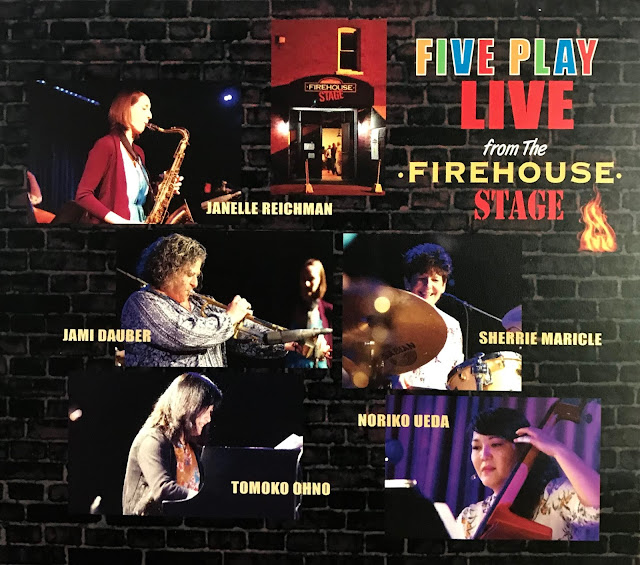 Five Play is a popular Jazz Band where five remarkably talented women musicians perform with a
deep sense of traditional Jazz band music including original compositions and standards with arrangements that are true to the history of American Jazz.  The band consists of Sherrie Maricle-MusicalDirector/Drums, Tomoko Ohno-Piano,  Noriko Ueda-Bass,  JamiDauber-Trumpet/Flugelhorn and Janelle Reichman-Tenor Sax/Clarinet.  Each one of these talented ladies contributed an original composition for this CD and all worked on the arrangements.  The songs and arrangements are just plain fun that bring the listener back to previous era when Jazz bands ruled!

Five Play has performed at many of the world's most prestigious concert halls, musical festivals and
Jazz clubs from Carnegie Hall to The Kennedy Center.  In 2004, the quintet was recognized in DownBeat Magazine's Annual Readers' Poll as one of the best small groups of the year.  In 1999 their inaugural CD, "On the Brink", was voted best CD of the year by Jazz journalist icon Nat Hentoff.

I have attached two "YouTubes" for your listening enjoyment.  The first one is Five Play's fine version of the Duke Ellington classic "Just Squeeze Me"  with excellent Clarinet work by Janelle Reichman and the second one is a Basie-inspired arrangement of the Jimmy McHugh classic, "I Can't Give You Anything But Love".