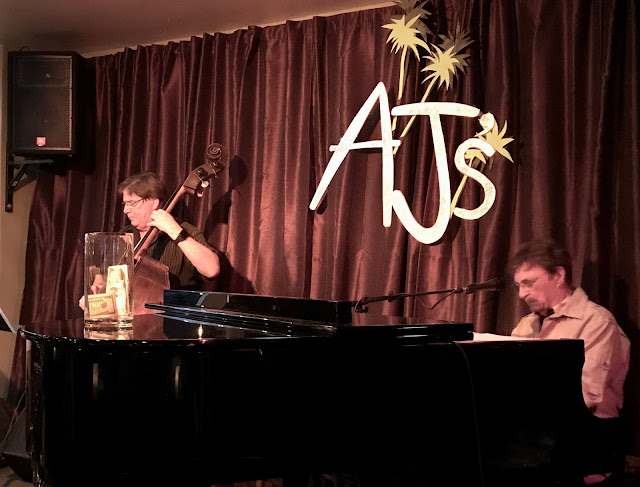 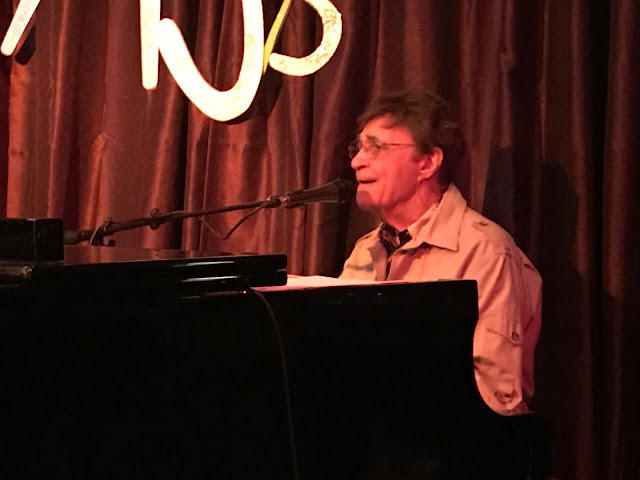 Wednesday night at AJ's is usually covered by Doug MacDonald.  However Doug couldn't make the date, so he asked Piano marvel, Rich Bono to stand in for him.  Rich was joined by Bassist Larry Holloway and Drummer Tim Pleasant and these three master-class musicians put on one of the best musical shows of the season to the delight of the capacity audience at AJ's.  Rich wasted no time tonight launching this Piano Jazz Trio into 4 great up-tempo standards, one better than the next.  Rich was at the top of his musical game, as he usually is, and inspired and excited the audience. It appeared that Rich's outstanding Jazz Piano playing also inspired Larry and Tim, who not only performed well,  but looked like they were having lots of fun doing it.  Before long the room took on a party feel as the Trio had totally engaged the attention of the audience.  The first set flew by and when it was over, the audience was on their feet cheering.

During the second set, several talented vocalists who I am familiar with, sat in with the Trio .  They too were inspired by Rich and his Trio and responded with some of the best musical performances I have witnessed in the Valley.  It was a special night for all!

Rich Bono has a sterling musical resume including several tours with Frankie Lane and the Harry James Band.  He has performed in many of the finest casino Hotels in Las Vegas for over 30 years where he performed with some of the biggest stars in the country.  Sadly, we just don't get many chances to hear Rich play with a Jazz Trio.  When he does, he creates musical magic!

I was able to record a short video on my iPhone which I posted on "YouTube" that will give you a taste of what the music sounded like on this special night.