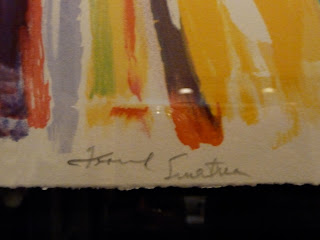 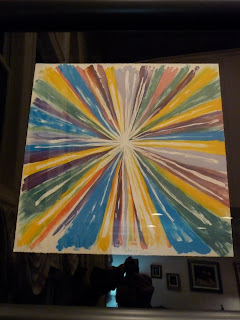 Happy New Year to all! Since this is my first posting for the New Year and New Decade, I thought I would share my thoughts on a new CD box set of some old but newly released Frank Sinatra live recordings. I was lucky enough to receive this new 4 CD set of Sinatra live performances as a Christmas present. The performances were at the following locations:

CD 1. Manhattan Center, February 3, 1955 with Tommy Dorsey and the United Nations, September 13, 1963
CD 2. Carnegie Hall, April 8, 1974
CD3. Madison Square Garden, October 12, 1974
CD4. Carnegie Hall, June 1984
The set also includes a DVD of Frank's performance at: Carnegie Hall, June 25, 1980
Let me start this review by saying that I already have all of the songs on these CDs and DVDs in my Sinatra library so why would anyone want more Sinatra performances of these same songs? The answer is: "What you get in this new collection are "live" performances of these songs that have never been available before".   Most Sinatra fans know that for the most part, the recordings he made in record studios are as near perfect as one can get. It's a different story with these "Live" performances. In my opinion, these songs allow the listener to capture the emotional experience of the Sinatra personality that no studio recording can ever do. It's Sinatra at his performance best. The sound quality of some of the recordings are sometimes less than great but the emotional connection with Sinatra, the lyrics and music more than make up for the audio inconsistencies. In my opinion, this collection opens the door for old and new Sinatra fans to meet the real Sinatra and discover the reason why almost 10 years after his death, his music is still being played and treasured by millions of fans.
The DVD of his Carnegie Hall performance on June 25, 1980 might very well capture Sinatra at his very best moment-in-time in my opinion. For me, watching and listening to this DVD performance transmits emotional ties from the singer to the listener.
If you are a Sinatra fan, this collection needs to be in your home.
I thought some of the Sinatra fans out there might be interested in a painting done by "The Chairman" himself. This is one of 100 prints that Sinatra personally signed a few years before his death.
He named this painting "Witchcraft". Works for me!
at December 28, 2009