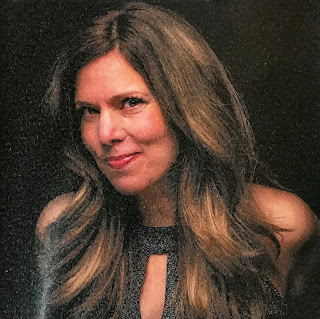 Composer, Arranger, Bandleader and Jazz Vocalist, Jenny Davis has just released her 4th album as a leader.  This CD spotlights Jenny Davis' brilliant Composing talents along with her polished and sensitive vocal abilities.  Davis composed and arranged eight of the 11 tracks on this CD.  The music and lyrics on these wonderful Davis compostions are the result of over 20 years of study and performing that deeply reflect the experiences of her activist life.  The quality of her music stands on its own but the addition of her sensitive lyrics puts these songs in a special master-class level.  According to Davis, "Being a composer is about more than creating amazing music.  It's also an opportunity to reach the hears and minds through the metaphysical power of the music".  When you listen to the songs on this CD, I am sure you will agree that this mission was accomplished!

Davis has gathered an outstanding group of musicians to join her on this CD project.  Leading the way is three-time Grammy-nominated Brazilian Pianist, Composer and Arranger, Jovino Santos Neto.  He is a long-time Music Director of the Hermeto Pascoal Band and has also collaborated with symphonic orchestras in the US and Europe.  His piano performance is perfect for Davis' music and voice as you will hear on the attached cuts from the CD.   The work and planning that went into the creation of this CD was massive and has resulted in a beautiful musical event for anyone that listens to it.


I had a really hard time deciding what songs from this CD to attach because the playlist is so outstanding.  I have selected two Jenny Davis originals for you to experience.  The first one is "Aceptar" that will let you experience the wonderful piano work from the Jovino Santos Neto Trio.  The second is the title track "Rearranged".  Both are great compositions and joyous music!  I also want to recommend that you buy this CD and listen to Davis' performance on the song "Invitation".  This song written by Bronislau Kaper has always been one of my favorite songs and Davis' arrangement is terrific.

The Five Most Heart-Felt American Ballads Named After A Women 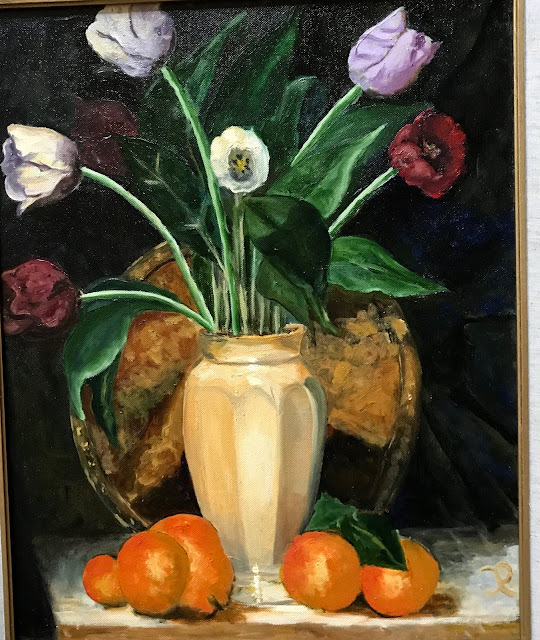 
While spending time in "Lockdown" for the last couple of weeks, I started to think about some of the great songs that have been written and named after women.  So I started to search out a list and I was surprised that I found a lot more candidates then I had imagined.  I wanted to select only five songs that I believe are the best examples performed in a Jazz-like format.   I think that the five songs below would find their way on anyone's list.  There are others that one may argue should be among the top five, and I have no argument with that thinking.  But these five songs are hard to ignore.  In order to add to your enjoyment, I have attached a vocal arrangement and an instrumental of each song.  The list of performers is sterling.  Some old, some young but all are best of class at what they do.

The first "YouTube"is for the classic song "Laura".   I have selected the instrumental version which includes a terrific Trombone solo performed by Bob McChesney with Pat Tuzzolino on Piano.  Pat also did the wonderful arrangement.  I felt that McChesney and Tuzzolino captured the emotion of the music and presented the story of Laura even without the lyrics.   The selection of the vocal version was difficult as many of our great vocalists have recorded this song.  I finally decided to go with The Four Freshman's recording.   The Music for "Laura" was composed for the 1944 movie of the same name by David Raksin  and the lyrics were written by Johnny Mercer.

The second "YouTube" is "Emily" with music by the great Johnny Mandel and Lyrics by the incomparable Johnny Mercer.  The song was composed for the 1964 film "The Americanization of Emily" but strangely it was not sung in the movie, so it couldn't be nominated for an Academy Award.  The award for best song in 1964 was "Chim Chim Cher.ee" from Mary Poppins.  If the Directors of "The Americanization of Emily" had any musical brains, they would have taken home an Academy Award for this Mandel and Mercer gem.  But who knew!  I selected the Tony Bennett recording of "Emily" because Tony's approach to the lyric just brings it alive with emotion.  The fact that the pianist accompanied him was Bill Evans makes this recording as good as you can get.   For the instrumental version, I wanted to use Fred Hersch's solo piano recording but I could not find it posted on "YouTube".  I did find a recording with The Bill Evans Trio that I also love.  Bill is joined by Eddie Gomez on Bass and Marty Monell on Drums.


The third selection is the song "Mona Lisa" , music and lyric by Ray Evans and Jay Livingston.The song was written for the 1950 film "Captain Carey" and won an Academy Award for best picture.  The title and lyrics refer to the Leonardo da Vinci painting "Mona Lisa" .  I'm sure it is no surprise that the vocal I choose was Nat King Cole's recording.  This recording was made 70 years ago and it still sounds like it could have been recorded yesterday.   I chose a recently released instrumental version performed by Pianist Larry Fuller.  It's on Larry's new CD, "Overjoyed" and it's a great piece of music!


The fourth selection is the song "I Loves You Porgy" written by George and Ira Gershwin with lyric help from DuBose Heyward.  This song was published in 1935 for the Opera, "Porgy and Bess" and is still being performed all over the world.  A great piece of music with a lyric that brings the emotion of the story to life .   I picked the Billie Holiday vocal because it still speaks to me.   The instrumental is a haunting recording by Trumpet superstar Arturo Sandoval.

"I Loves You Porgy"

Our last selection is the song "Nancy With the Laughing Face" written by Jimmy Van Heusen and yes, comedian Phil Silvers.  This song written for Sinatra's daughter has been covered by tons of Jazz greats.  It just has a nice feel to it and having the Sinatra history attached  certainly helps its longevity.  The instrumental version I selected is from my life-long favorite Alto Sax player, Cannonball Adderley who is joined on Piano by Bill Evans.  The vocal version I picked is from the fabulous Jazz Vocalist, Kurt Ellin.


Well, there you have it!  Some of the finest Ballads composing and singing the American Jazz world has ever produced.  Hope you enjoy it as much as I enjoyed creating it.

" Nancy With the Smiling Face"