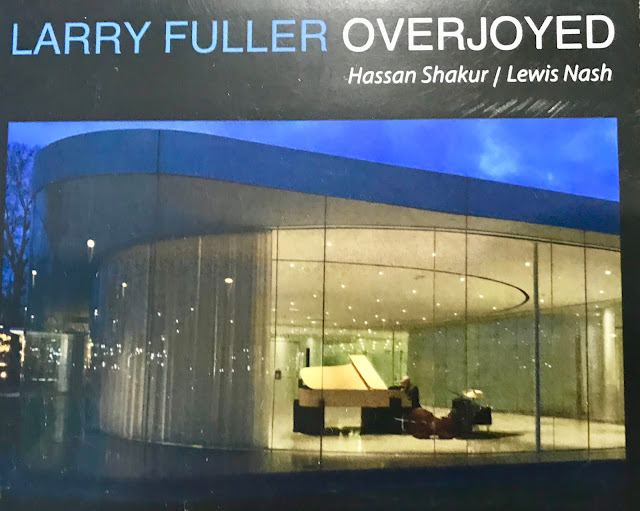 Larry Fuller has released his new CD "Overjoyed" and I think its a gem!  Larry Fuller is a masterful pianist who has not only technical expertise but also the ability to emotionally connect with his audiences.  One reason he has this rare combination of skills is because he learned his craft the old fashioned way, on the bandstand.  Larry has varied experience playings with four giants of mainstream Jazz.  He started with legendary Bassist, Ray Brown, then worked with vocalist Ernestine Anderson, moved to the musical wonder, Jeff Hamilton and then joined with acclaimed guitarist and vocalist John Pizzarelli.  Four top level musicians by any measure and Larry brought and took from each one of them to develop his personal style.

Larry brought Bassist Hassan Shakur and Drummer Lewis Nash to join him to perform a great group of song from the "Great American Songbook" including Jazz, Blues Pop standards and some beautiful originals.

The playlist is a wonderful collection of songs with "Overjoyed" by Stevie Wonder, "Bossa Beguine" by Oscar Peterson, "Fried Pies" by Wes Montgomery, "Cubano Chant" by Ray Bryant, "Lined with a Groove" by Ray Brown, and the standards, "How Long Has This Been, "Going On"Never Let Me Go", and "Mona Lisa".

Larry Fuller is a Jazz giant and tours around the country.  When he is in your area,  let nothing stay in your way to see him perform live.  I guarantee it will be a musical treat you will not forget!