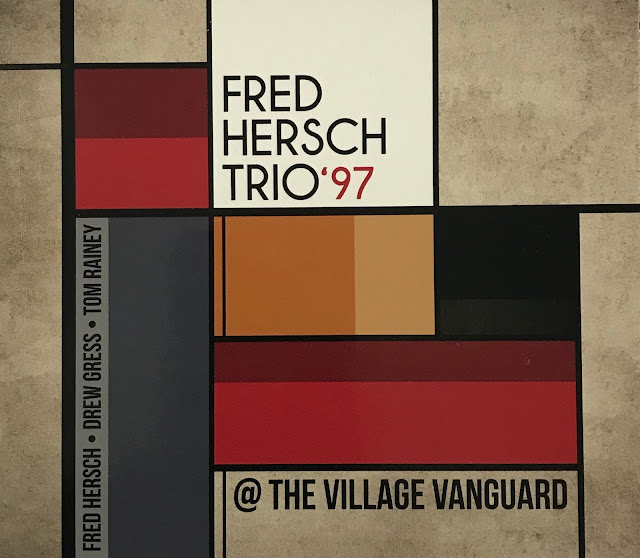 Question: Is there something in the music world that can be described as an intelligent, caring, sensitive and thoughtful Piano Trio?  I think there is and the 1997 never-before-released recorded performance titled, "The Fred Hersch Trio @ The Village Vanguard" fits this description perfectly!

Fred Hersch wrote the liner note for this CD, and I think it tells us how proud he is of this gig and his Trio.  Hersch writes: "This recording documents a huge moment in my life as a Jazz musician.  I had played numerous times at the famous Village Vanguard as a sideman starting in 1979.  The Vanguard had been in existence at the same location since 1935-virtually unchanged. The magic of the acoustics and the history of all the greats who played and recorded there make it the "Carnegie Hall of Jazz clubs"."

Improviser, Composer, Educator, Bandleader, Collaborator and Recording Artist Fred Hersch has had a heavy influence on the American Jazz scene over the past 30 years.  His awards would fill a book and include twelve Grammy nominations.  I think a quote from "Vanity Fair" hits the target perfectly, "The most arrestingly innovative pianist in Jazz over the last decade".  If you have not heard any music from Fred Hersch, you are in for a real treat.  If you are already a fan of Fred Hersch, this new CD will thrill you!

Bassist Drew Gress and Drummer Tom Rainey had been working with Hersch for five years at the point they took the Vanguard job.  The three players were at their height of perfection as a group and this CD represents the only live recording of this much-loved trio.  This CD is a gift to all Jazz lovers of  Jazz Piano Trio music!

I have attached a "YouTube" of the Fred Hersch Trio playing "My Funny Valentine" like you have never heard it before.  Please enjoy! 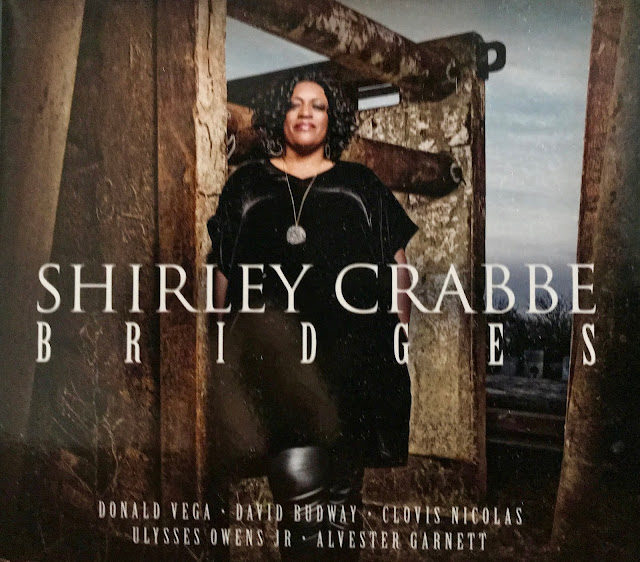 Vocalist Shirley Crabbe is a marvelous Jazz singer who makes singing seem effortless.  Her interpretation of Lyric and her beautiful Voice produce a sound as smooth as silk!  Her CD is called "Bridges" and it's all about connections through our lives.  It contains an eclectic list of songs, including some Jazz standards, a Pop tune, a couple of originals and a hip, updated version of "Blessed Assurance" which is a well-known Christian hymn that is one of her mother's favorite songs.  The first cut on the CD is the Irving Berlin classic "Isn't It A Lovely Day" that is closely associated with Ella Fitzgerald who was an important influence on Shirley Crabbe.  Whenever I listen to a singer for the first time, I really like to hear them sing a classic standard song.  Singing a song that has been covered by all of the greatest Jazz vocalists in history usually tells me up front the level of talent the vocalists has.  Most singers simply copy the style of the performer who had the hit and most times the results are less than satisfying.  However, even though Ella was one of Shirley's influences, she takes on the classic song and brings some of herself to it, adding something new but retaining the integrity of the original recording.  Few singers can accomplish this feat and Shirley is one of them.  It was a pleasure to experience her talents on this CD and I highly recommend that this CD would make a terrific Christmas present for any lover of the "Great American Songbook".

Shirley has gathered two brilliant Jazz Pianists to join her on this CD, David Budway and Donald Vega who also was the musical director for the CD.  In addition, the fine list of musicians below helped make this CD an outstanding musical presentation.

I found two "YouTube" videos showcasing the great Jazz vocal singing by Shirley Crabbe.  I am sure you will enjoy the wonderful arrangements also!  The first one is an Irving Berlin classic, "Isn't This A Lovely Day" and the second is the Evergreen "Taking A Chance on Love".