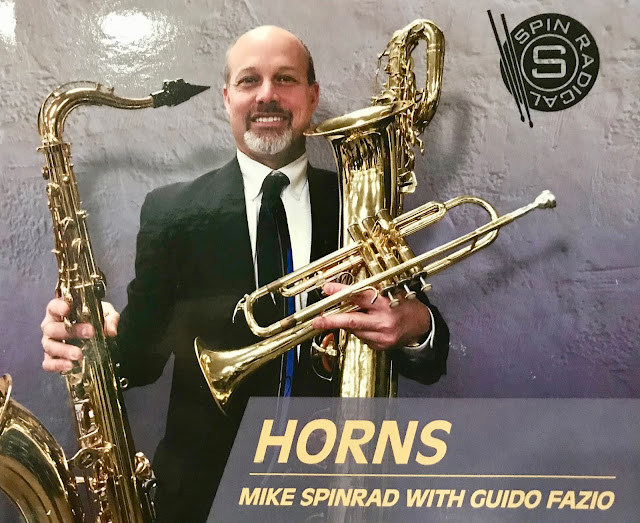 Drummer, Composer and Arranger Mike Spinrad is a stalwart on the San Francisco Bay area Jazz scene.  According to Spinrad his goal as a musician and composer is "to project emotions and have fun with his music".  I believe he has accomplished this goal in his new CD,  "Horns" that was released this past August.  As soon as Spinrad decided to do this CD the first person he contacted was his old friend Guido Fazio who in addition to playing wonderful Tenor sax and flute on the CD, also arranged the horn sections.  According to Spinrad, "He's a monster player with amazing instincts, and even more important, his approach to music mirrors my approach.  For me, music needs emotional content.  It's great to listen to someone with incredible technique, but technique alone doesn't move me. Guido has great technique and plays with an incredible amount of heart and soul".  Mike Spinrad wrote all of the eight songs on this CD and all are terrific compositions with wonderful emotional output!


I have attached a "YouTube" of the first cut on the CD "Horns" written by Mike Spinrad and John Groves entitled "Smarber".  But I also loved the last cut on the CD so you are getting a double treat.  Listen to "Texarkana", it really cooks! 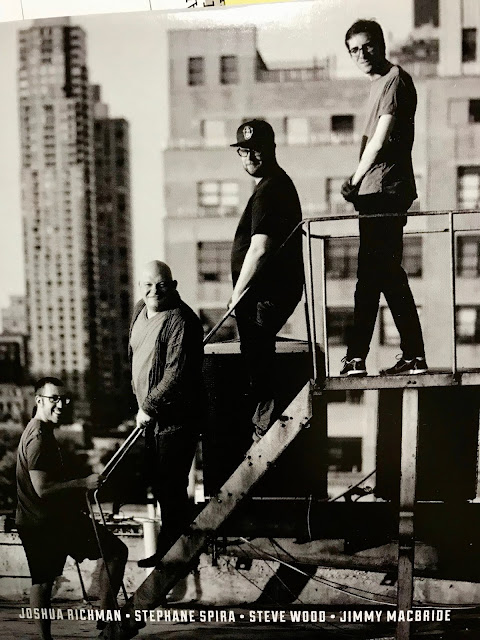 Saxophonist and Composer Stephane Spira's success has not come easily or quickly.  Stephane is self-taught while also pursuing an engineering degree.  He worked as an engineer in Saudi Arabia and then in the 1990s he headed back to his hometown of Paris to pursue music full time.  After 15 years of playing in Paris clubs and recording two albums,  Spira decided to make a major life change by moving to New York City and start over.  Rather than finding rejection in the sometime cold "Big Apple", he found inspiration and a Jazz career playing with a core group of tremendous musicians.  He also fell in love with an equally creative women who became mother of his son.  Spira wrote 7 of the 8 songs included in "New Playground" to celebrate the creative and personal happiness he discovered since making the change in his life.  You may find it interesting as I did that Spira got his first Saxophone at the age of 22.  Late for most Jazz musicians but not for those whose inspiration and creativity must be freed.

Stephane Spira plays Soprano Saxophone, an instrument that is not exactly a staple in American Jazz, however, his tone and skill will impress even the toughest critic!  His composing, phrasing and tones are infectious and totally uplifting for the listener.

The supporting cast on this CD is also outstanding!  The four remarkable players fit perfectly together, as if they are one.  Featured are Steve Wood on Bass, Joshua Richman on Piano and Keyboard and Jimmy Macbride on Drums.

I have attached a "YouTube" of the first cut from "New Playground".  It's one of 7 wonderful songs written by Stephane Spira.  I think you will love the sound and the feel of the song after just 4 measures!