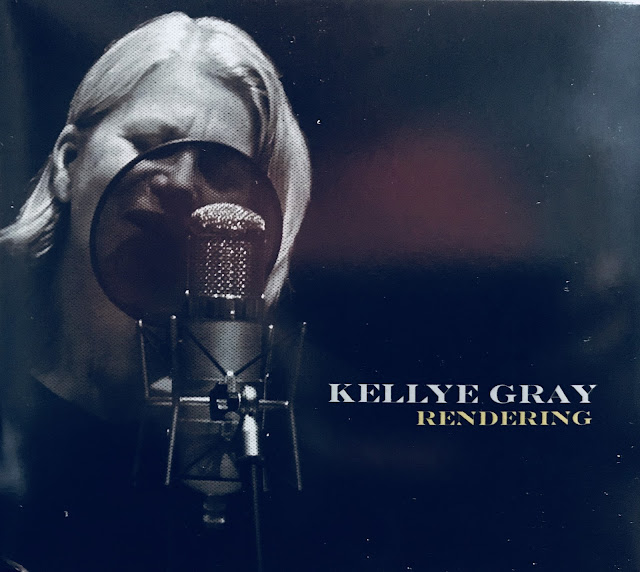 "Rendering" is a new CD released on June 30, 2017 by Jazz vocalist, Kellye Gray.  The first time I played this CD I was literally stunned by the soulful and powerful voice and style of Kellye Gray.  The feel and sound of the songs on this CD are nothing short of superb.  Kellye has had a long and rewarding career and has recorded over seven albums as a leader.  Her first recording "Standards in Gray" was released 25 years ago to rave reviews and it launched her music career.  This album had been out of print for over 23 years when the record label that owned the rights gave her ownership
of the master.  This pushed Kellye to look back at her artistic life and she decided to re-record many of the same songs that appeared on that first release.  The title of her new CD, "Rendering" came from the dictionary definition, "A depiction or interpretation; work of art or performance that portrays something".  This CD is a work of art that portrays Kellye's growth as an artist.  To complete the circle for listeners of this new CD, Kellye also re-released "Standards in Gray" and packaged the two CDs together as a kind of snapshot of then and now.

According to Kellye, "As a Jazz musician, the most exciting thing about the music is its spontaneity, so this new CD was recorded before a small live audience with open mikes and no headphones.  All the tunes were done in one take with no stopping".  The results are spectacular!  Every song on this CD is a winner, Jazz vocals just about perfect.  Kellye Gray is "Sinatra" like in the way she handles lyrics,  she takes words and turns them into real life moments.

Supporting Kellye on this CD is a group of great Jazz professionals, Pamela York, Piano; David Craig, Bass; Sebastian Whittaker, Drums; Warren Sneed, Saxophone; Andre Hayward, Trombone.  Trying to select one track to share with you was near impossible because there is so much good stuff on this CD.  So I attached two "YouTubes" for you to savor.  The first one is a Billie Holiday inspired song "Don't Explain".  The second "YouTube" is the Blues classic, "I've Got A Right To Sing the Blues". 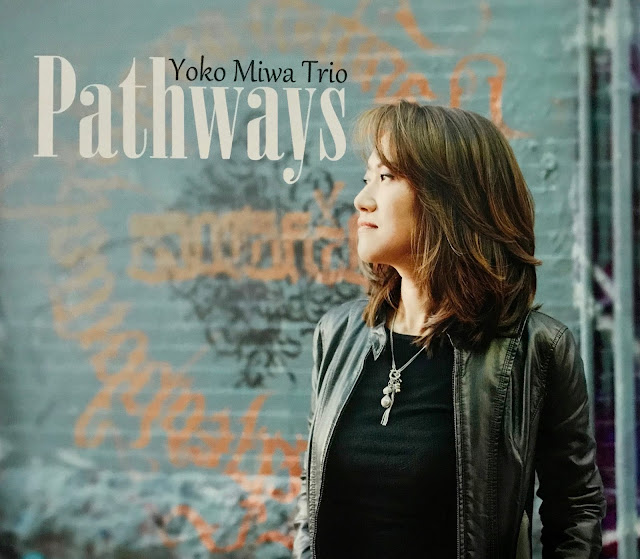 The new CD from "The Yoko Miwa Trio" is simply wonderful Jazz.  Planist/Composer Yoko Miwa's performance is nothing short of spectacular!  Her sense of melody and phrasing even when improvising is perfect.  She plays with clarity and spontaneity even when she is exploring new places in each song. The listener experiences something new in each song and there is the sense that every improvised note is in the right place.  She is joined on this CD by Bassist Will Slater and Drummer Scott Goulding who she has been playing with for over 15 years.  It shows because the three players are in lock step knowing and anticipating every move each makes.  At times, it feels like one voice because the fit is so strong.  The Trio plays in the Boston area almost every weekend so they have a lot of time to write and try out new material.

The CD features the songs of Joni Mitchell, The Beatles, Marc Johnson and four songs written by Yoko Miwa.  The brilliant musical dexterity and Phrasing from all three players on the CD is sparkling and refreshing.  I know there are a lot of people who just don't get what Jazz is all about.  It's not easy to explain what makes Jazz so exciting,  but if you listen to this great CD, I feel confident you will find the answer.


I have attached a "YouTube" of "The Yoko Miwa Trio" playing the first cut from the album, "Log O'Rhythm".  This song was composed by Marc Johnson who performed as the Bassist for "The Bill Evans Trio".  It's a master class in Jazz performance.  Enjoy! 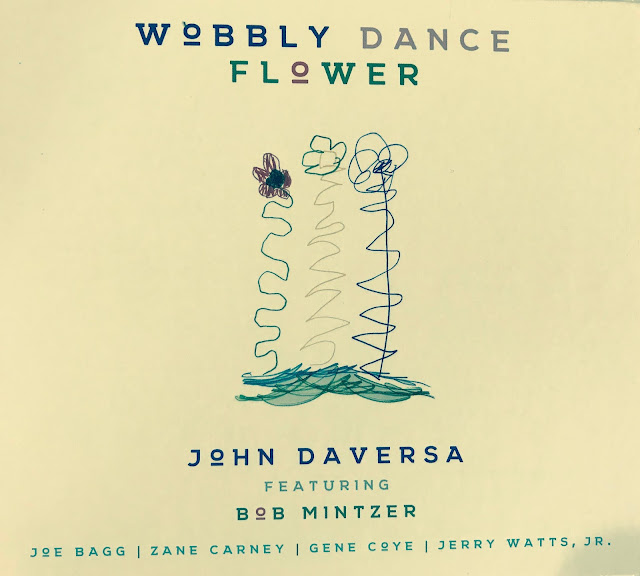 John Daversa is without question one of the most creative and talented Jazz Trumpet playerS performing today.  But that is just the tip of the Jazz iceberg. Daversa's new Album, "Wobbly Dance Flower" is his newest project that proves his composing and arranging skills are also outstanding.  Daversa's Album just released on September 22, 2017 is filled with substance and heart and the music is pure fun, exactly what John believes music should create.  He also believes that making music is about relationships, so he brought some of his old friends together to join him to make the music.  John's key collaborator on the Album is legendary sax and bass Clarinetist Bob Mintzer.  Daversa and Mintzer give the listener a master class in dexterity and the art of Jazz that every young Jazz student could learn from.

John Daversa has a great reverence for the Jazz tradition, but he's not content to rehash old tropes.  He wanted to imbue "Wobbly Dance Flower" with substance and heart, but also wanted the music to be fun and engaging.  He has accomplished both objectives in this Album!  Daversa composed all of the songs on this Album with the exception of the bebop standard "Donna Lee".  We have frequently heard that "Jazz is a dying art" but Daversa's playing and composing let everyone know that the reports of the death of Jazz are greatly exaggerated!  This Album should be heard and studied by all young aspiring Jazz players.

I have attached a "YouTube" of John Daversa's group playing the first cut of the CD, "Ms Turkey"  that says it all about the creative writing, arranging and playing style of John Daversa.  Hope you enjoy it!