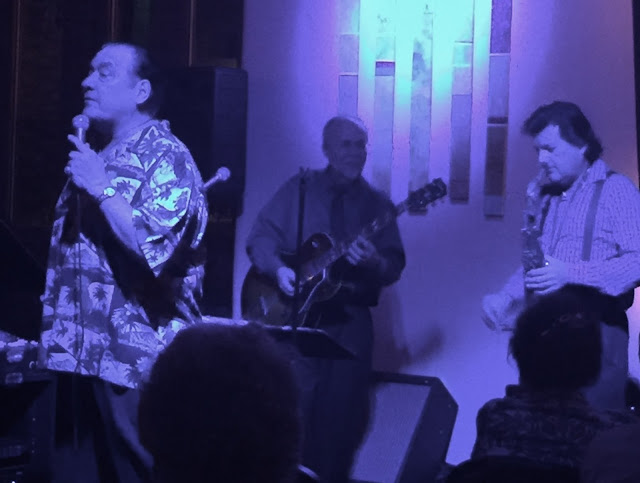 Every time I hear Mike Costley perform I prepare myself to find him less spectacular than I remember from the last time I heard him sing.  However, the truth is that every time I hear Mike perform I always leave more impressed by his talents.  I am not just talking about his singing. He is so much more.  Mike is a marvelous singer/performer who has the ability to capture his audience within minutes of the start of his show and keep them engaged right to the last song he sings.  Mike loves to sing and performs with body and soul and his passion quickly connects with his audience.  His energy on stage is electric.  Mike's first set is non-stop for over 90 minutes.  What is most amazing is that Mike can sing every genre of music and all at the highest professional level.  He is also naturally comedic especially when you least expect it!  Mike is a perfectionist when it comes to music, and he demands and gets the top level of support from the talented instrumentalists that he carefully selects to join him on stage.

Supporting Mike at Vickys are two outstanding sidemen, Steve Alaniz on Tenor Sax and John Pagels on Guitar.  Steve is one of the best Sax players in Southern California, and I especially love the way he can mirror Sam Butera's wonderful phrasing and sound on the Louie Prima numbers Mike sings.  John Pagels is also recognized by all the musicians I know as one of the most best guitar players on the scene today.  He provides rock-solid support for Mike whether he is singing torch songs or up-tempo swing numbers; he can do it all.

How lucky we music lovers here in the Coachella Valley are to get to be able toexperience Mike Costley on a regular basis.  Mike's show is first rate and as good as any show you might see in Vegas or NYC. He performs every Tuesday at Vickys in Indian Wells to packed audiences.  He starts at 7:00, but be sure to get to Vickys early if you want a seat.

For those readers that have never had an opportunity to hear Mike sing, I have attached a "YouTube" of Mike singing with the great Jackson Garrett Band at an outdoor concert at "The River"  in 2015.  The band members consisted of some of the best musicians in our Valley: Jay Lewis-Drums, Jeff Stover-Electric Bass, Dave Ring-Keys, John Pagels-Guitar, Steve Alaniz-Tenor Sax, John Leys-Trombone and Don Clarke-Trumpet.  All musicians perform wonderful solos on this track.