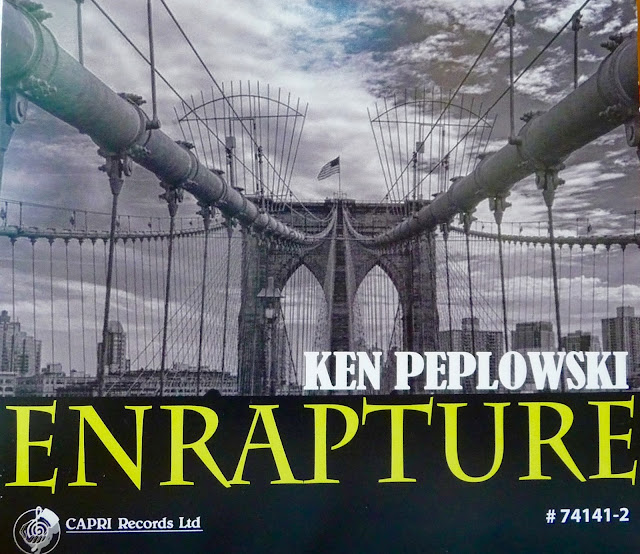 If I asked a group of Jazz buffs to name today's top performing Clarinet players, Ken Peplowski's name would be on everyone's list.  Ken has worked with the "Who's Who" of Jazz luminaries over his career including Benny Goodman, Bill Charlap, Rosemary Clooney, Mel Torme, Howard Alden and George Shearing as well as Madonna, Woody Allen and Marianne Faithfull. Ken has recorded over fifty albums as a leader or co-leader and has participated on scores of recordings by other artists.  I want to share a wonderful quote about Ken Peplowski from noted critic Will Friedwald, "Peplowski sounds the way (Benny) Goodman might if he had kept evolving, kept on listening to new music, kept refining his sound, polishing his craft, and expanding his musical purview in the 21st century".

Anything Ken Peplowski plays is wonderful but what makes this CD really special is the wide-ranging material Ken has put together. He has picked songs from composers that normally would not be joined together in a single CD.  The lists includes John Lennon, Duke Ellington, Noel Coward, Herbie Nichols, Peter Erskine, Anthony Newley and Bernard Herrmann.  Ken is joined on this CD by three outstanding musicians, Ehud Asherie on Piano, Matt Wilson on Drums,  Martin Wind on Bass and Ken Peplowski joining the group on Clarinet and Tenor Sax.

Talking about "Enrapture", Ken Peplowski offers the following comments: "A year or so of sifting through material, a year or so playing with these great musicians, and very little time in the studio; we really wanted to approximate what we do in the clubs.  This is us, in as close to a live setting as one could ask for in a recording environment.  Every song in pretty much one take--we just like to capture the spontaneity and interplay of four people who enjoy making music together".

I have attached two "YouTube" videos for your listening pleasure.  The first one is "Enrapture" with Ken on Clarinet and the second is "When October Goes" with Ken on Tenor Sax.