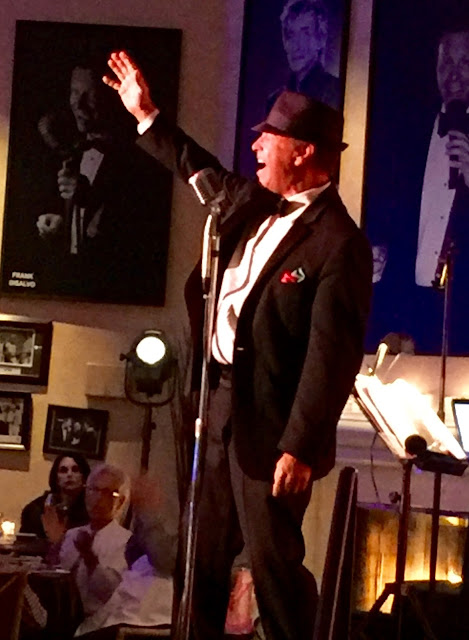 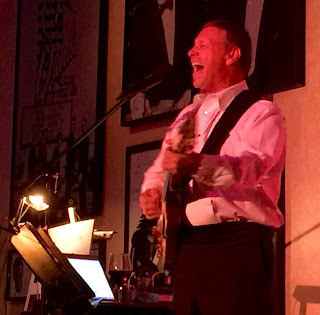 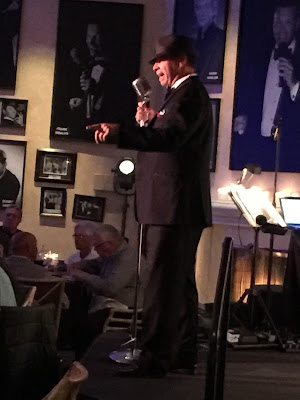 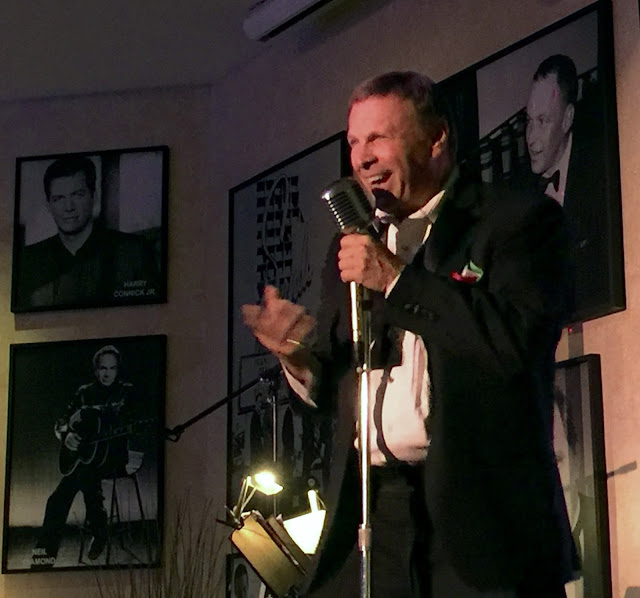 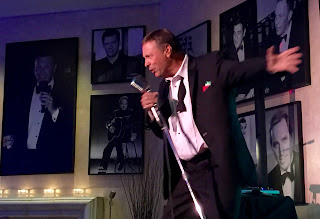 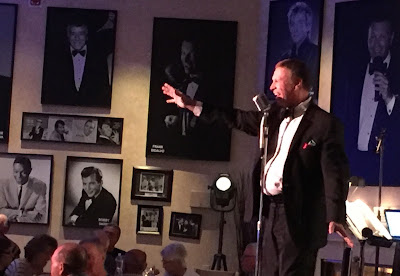 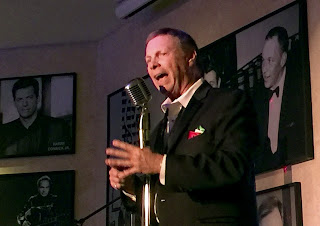 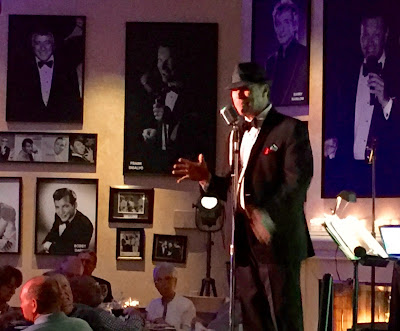 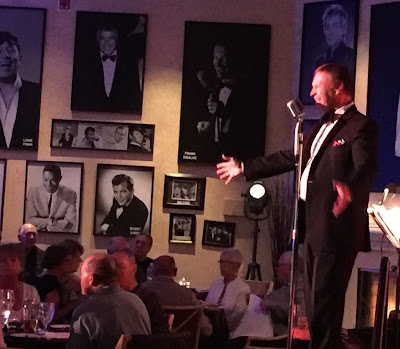 Everyone's friend and favorite Desert entertainer, Frank DeSalvo is starting his 6th year of performing at Frank's Place in The Indian Wells Resort Hotel.  It's been a wonderful ride for both Frank and the thousands of people who have come to see and hear him perform.  Frank has never stopped improving his show filling it with great vocals from Frank and tons of memories of the entertainers who have crossed our paths in the past 50 years.  Frank tells stories about his and our favorite singers starting with Sinatra, Martin and Sammy Davis and then moving to Darin, Como and Nat King Cole. Frank interspaces his music with comedy and stories about his personal life with impeccable timing.  The reception Frank gets from his audience is remarkable;  they love every minute of his show.  And why not, Frank is a moving dynamo on stage.  Take a good look at the photos above and I think you can almost feel the emotion that he generates on stage.  He has never taken his audience for granted.  He always starts his show exactly on time and never stops during his 3 hours except for one small intermission during which Frank spends his time talking to every table in the room.  His formula of entertainment has been a booming success.  Tonight was a Thursday and Frank had more than 100 people filling the room.  He sells out Fridays and Saturdays even though the Hotel has brought in several additional tables positioned in part of the front lobby.

Frank's voice has become stronger and deeper over the past 5 years that I have been listening to him, and he has developed a wonderful, relaxed style that captivates his audiences.  Frank performs every Thursday, Friday and Saturday at the Indian Wells Resort Hotel and I highly recommend his show to anyone that loves live entertainment that is just not available in many venues today.  You must make reservations as his shows are always filled!

I have attached a YouTube of Frank singing "Luck Be A Lady" Live with the Ted Herman Big Band for your listening enjoyment.