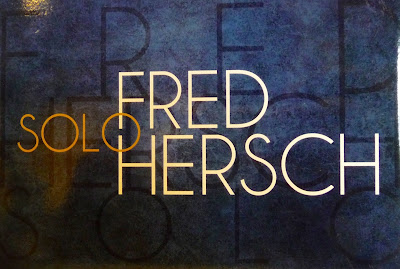 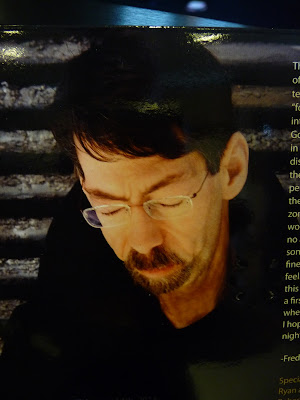 I recently received a review copy of Fred Hersch's new CD, "Solo",  recorded live in a Catskill, NY church in 2014 as part of the Wyndham Chamber Music Festival.  This was my first experience listening to Fred Hersch, and I truly can say that his playing has had an emotional effect for me.  There are only 7 cuts on the CD but the songs Mr. Hersch has chosen to include are wonderful including two original compositions, cut# 3, "Pastorale" that Mr. Hersch wrote in honor of Robert Schumann and cut#4, "Whirl"written in honor of Ballet principal, Suzanne Farrell.

This CD is his 10th solo recording and according to Hersch "I firmly believe this may be the all-around best solo album I've ever done.  I liked the piano and the environment of playing in a small wooden church just big enough to get some reverberance".

Mr. Hersch has played with many Jazz greats like Phil Woods, George Shearing, Stan Getz, Joe Henderson, Billy Harper, Lee Konitz, Art Farmer, Gary Burton and Toots Thielemans.  He attributes his turn-on to Jazz to John Coltrane, Pharaoh Sanders, Miles Davis and Chick Corea.  At this stage in his career, he stands side by side with these greats.

There is nothing casual about Hersch's playing style and his Jazz composition.  It is studied and, yet, seems new and free and the construction of his solos capture the emotion of the songs he plays and puts new life into them.  If you love thoughtful, creative and new Jazz playing, Fred Hersch should be at the top of your favorites list.

I located a cut from the CD, Jerome Kern's magnificent classic, "The Song Is You" on "YouTube" that will let you experience the brilliance of Fred Hersch's Jazz Piano Style.