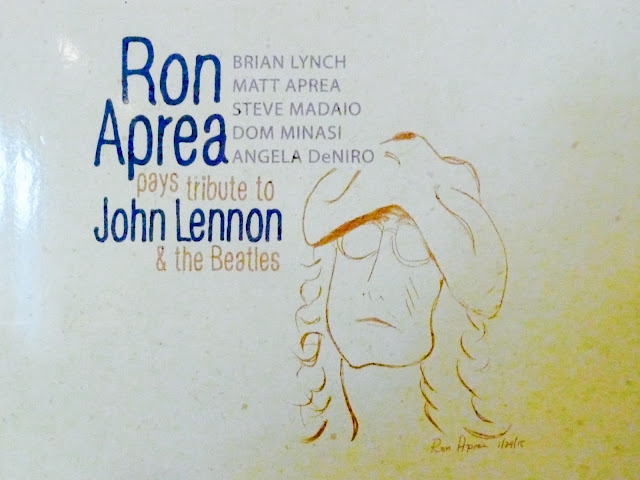 Ron Aprea, the world-class Sax player, Arranger and Producer has just released a terrific CD cover of some of the best songs written by John Lennon and the Beatles.  The inspiration for this CD was born as a result of the musical experience Ron had when he recorded with John Lennon in 1974 on Lennon's award-winning Album, "Walls and Bridges".  This CD also celebrates the reunion for Ron with Trumpeter and my long-time friend, Steve Madaio.  Turns out that Steve was also on the recording session for "Walls and Bridges".

Part of the musical joy of this new CD from Ron Aprea is the wonderful arrangements he has penned for this Album.  Ron's playing ability is well known throughout the music world, but I have always believed that his arranging skills put him up with the top arrangers writing today.  When you listen to Beatle songs that you have probably heard hundreds of times and hear some of the new and imaginative arrangements from Ron, the songs take on a new, wonderful feel.

Ron Aprea can and has played everything from BeBop to Ballads but when you add his arranging talent to the mix, he truly stands out as one of the most talented musicians performing today.

The CD starts with an unusual arrangement of "Let It Be" that Ron opens with a soulful playing of the melody and then moves into an upbeat full band treatment of the rest of the melody.  Next up is "Imagine" with Steve Madaio sharing the lead with Ron.  I have been privileged to hear Steve play this classic many times in person but adding Ron's mellow Sax work with Steve's lush Trumpet sounds, produces a brilliant result.

I enjoyed every cut of this Album but would like to spotlight a few of my favorites in addition to "Imagine".  Ron has written a wonderful arrangement for "Can't Buy Me Love" that is not high on my list of Favorite Beatles songs but Ron's arrangement of this song is marvelous.  The swinging arrangement calls out  "Count Basie" and any Basie fan would love it.  Ron's technical and sweet-sounding performance on "Yesterday" just knocked me out.  It reminded me of one of my favorite Albums recorded over 50 years ago, "Cannonball Adderley and Strings".

Ron has gathered a wonderful group of musicians together for this session including special performances by Brian Lynch- Trumpet , Matt Aprea-Violin and Viola,  Steve Madaio-Trumpet, Dom Minasi-Guitar and singer Angela DeNiro. 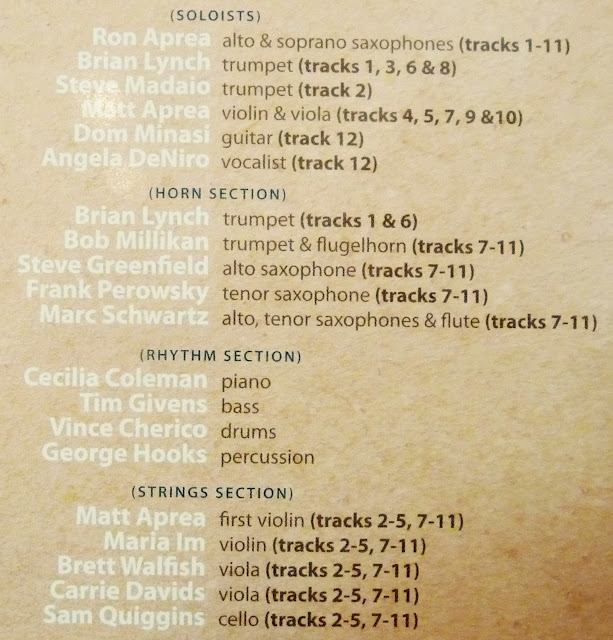 I have attached some clips from the CD listed on Ron's site for your enjoyment.