Johnny Morris is Back At Backstreet Bistro on Mondays 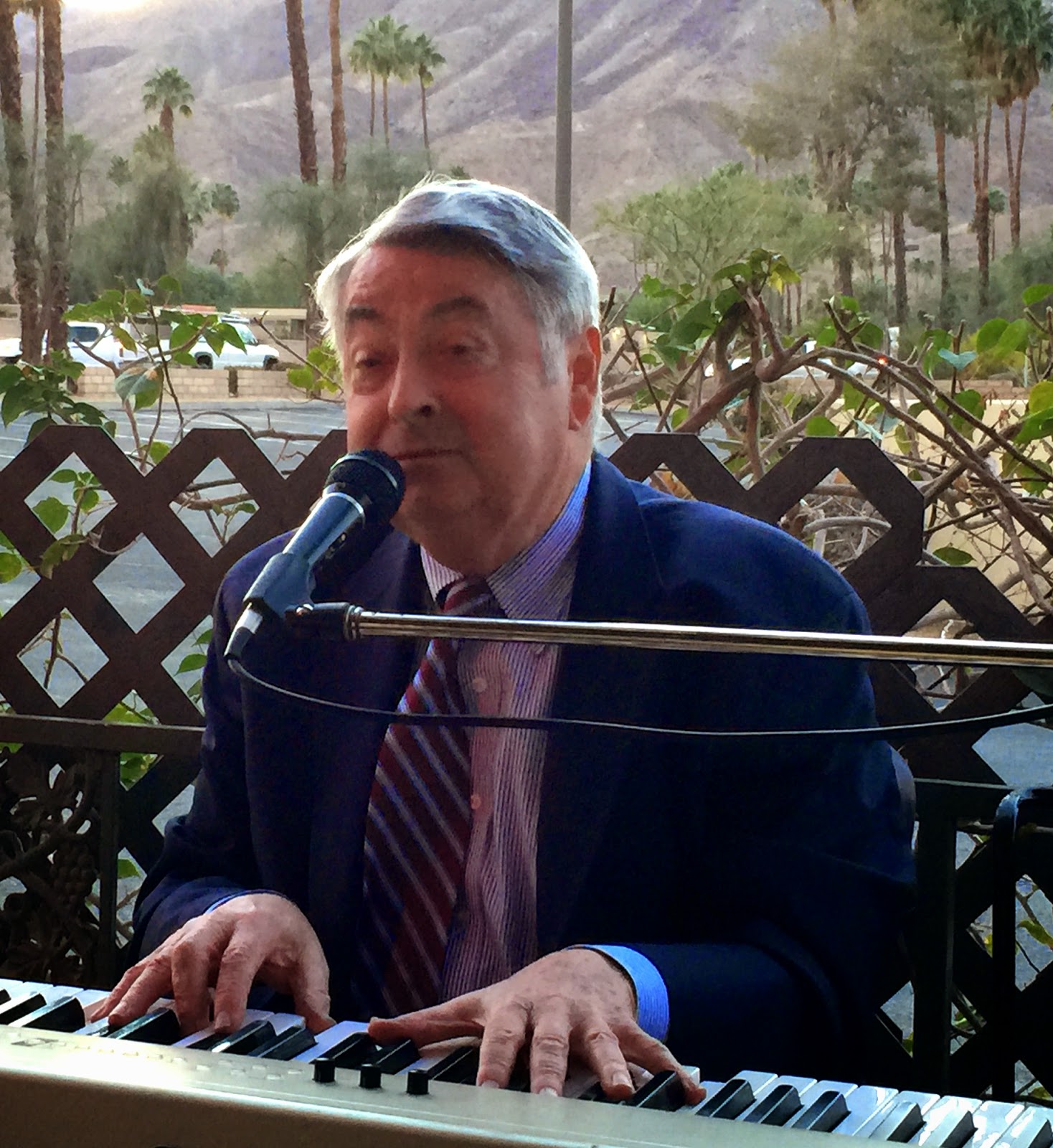 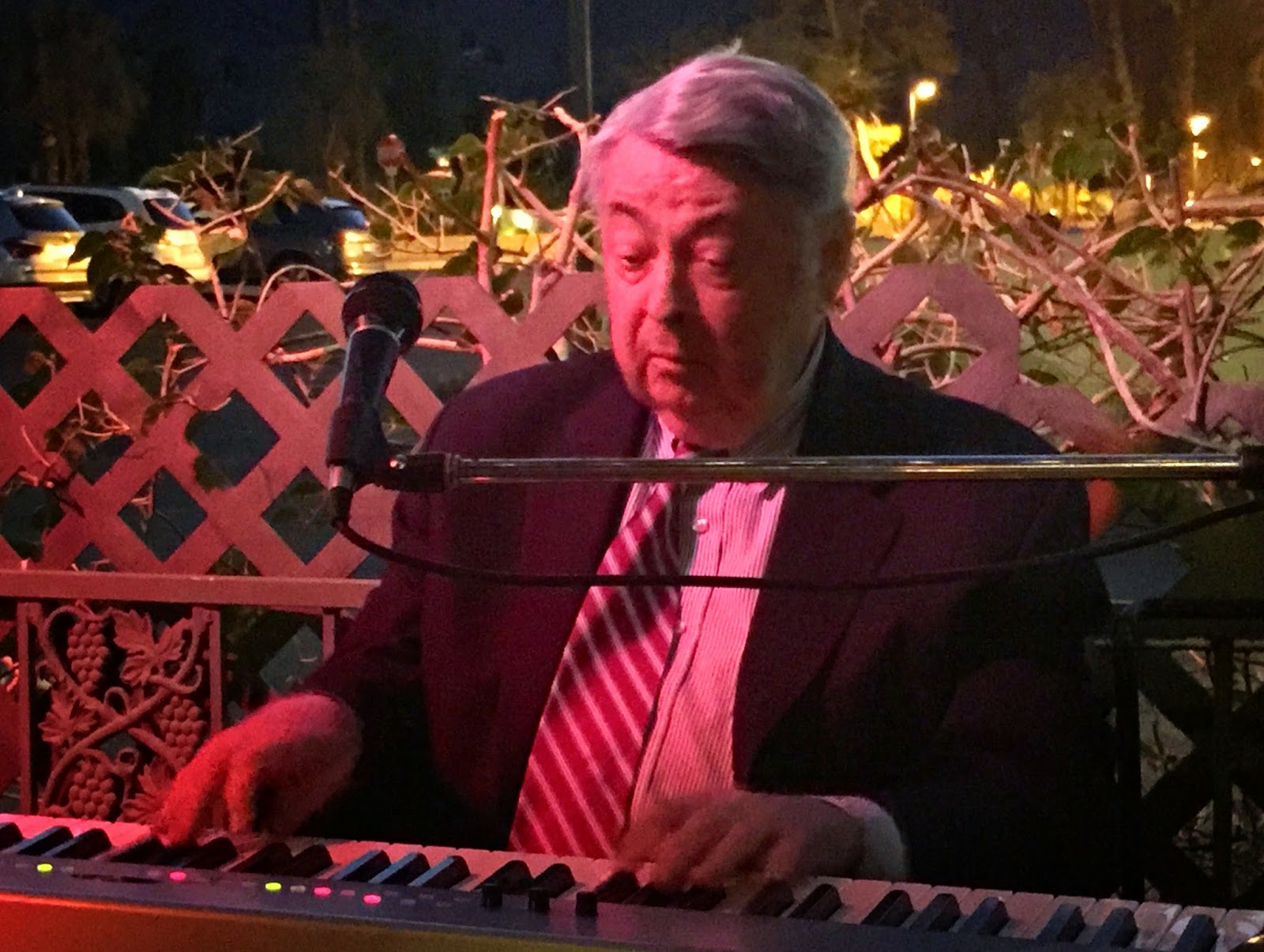 There is good news for all lovers of great piano music and the best songs from the "Great American Songbook". Johnny Morris has started his 3rd season at Backstreet Bistro and plays from 6:00 to 9:00 every Monday night.  Johnny Morris is highly respected by all of the best musicians in California and for good reason.  He can play everything from accompanying vocalists or leading a swinging band or Dixieland band.  But I think Johnny is at his best playing and singing the great songs from the "Great American Songbook".  Tonight was Johnny's season opening Monday night at Backstreet Bistro and the outside terrace was crowded with fans who love the music Johnny plays and sings.  Johnny has one of the best musical memories of any performer I have seen. During his performance, he repeatedly asks the audience for requests and without hesitation plays the tune without reference to any sheet music.  But what is even more impressive is that Johnny can sing the lyrics of these songs without hesitation!  Johnny Morris is a polished professional performer but his mastery of the piano did not come over night.   Johnny has spent his entire adult life honing his musical skills.  During his career, he was musical director and played with Kai Winding regularly at the New York Playboy Club.  He also toured with the Buddy Rich quintet traveling around the world including Brazil, the Far East and India.

The setting at Backstreet Bistro could not be better.  Having dinner outside on the Terrace with Johnny at the Keyboard ten feet away playing some of your favorite songs is priceless.  And the food and service at Backstreet is also tops!

For your listening enjoyment, I have found a "YouTube" video of the Buddy Rich Quintet playing "B.R. Blues" with Johnny Morris on Piano.