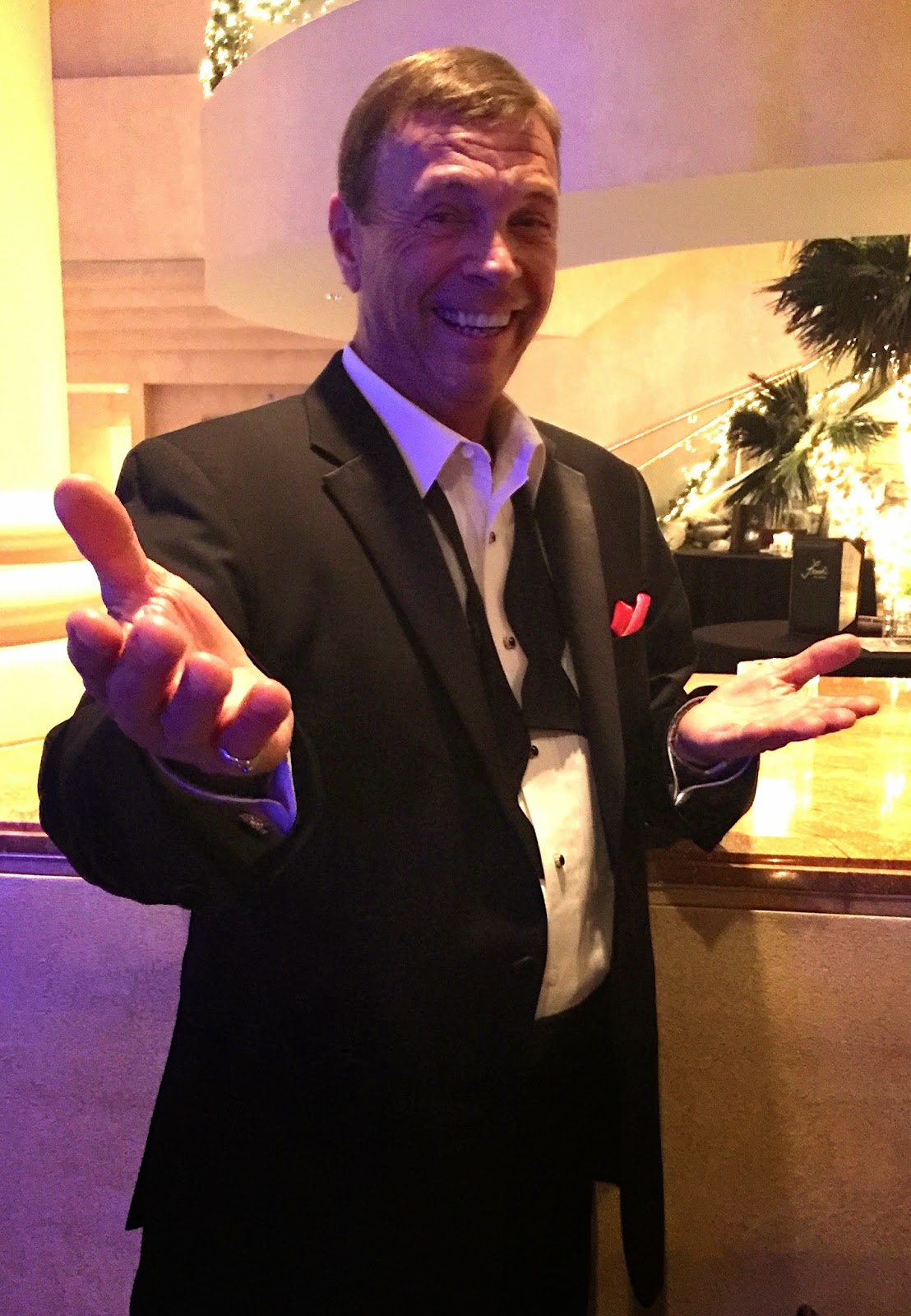 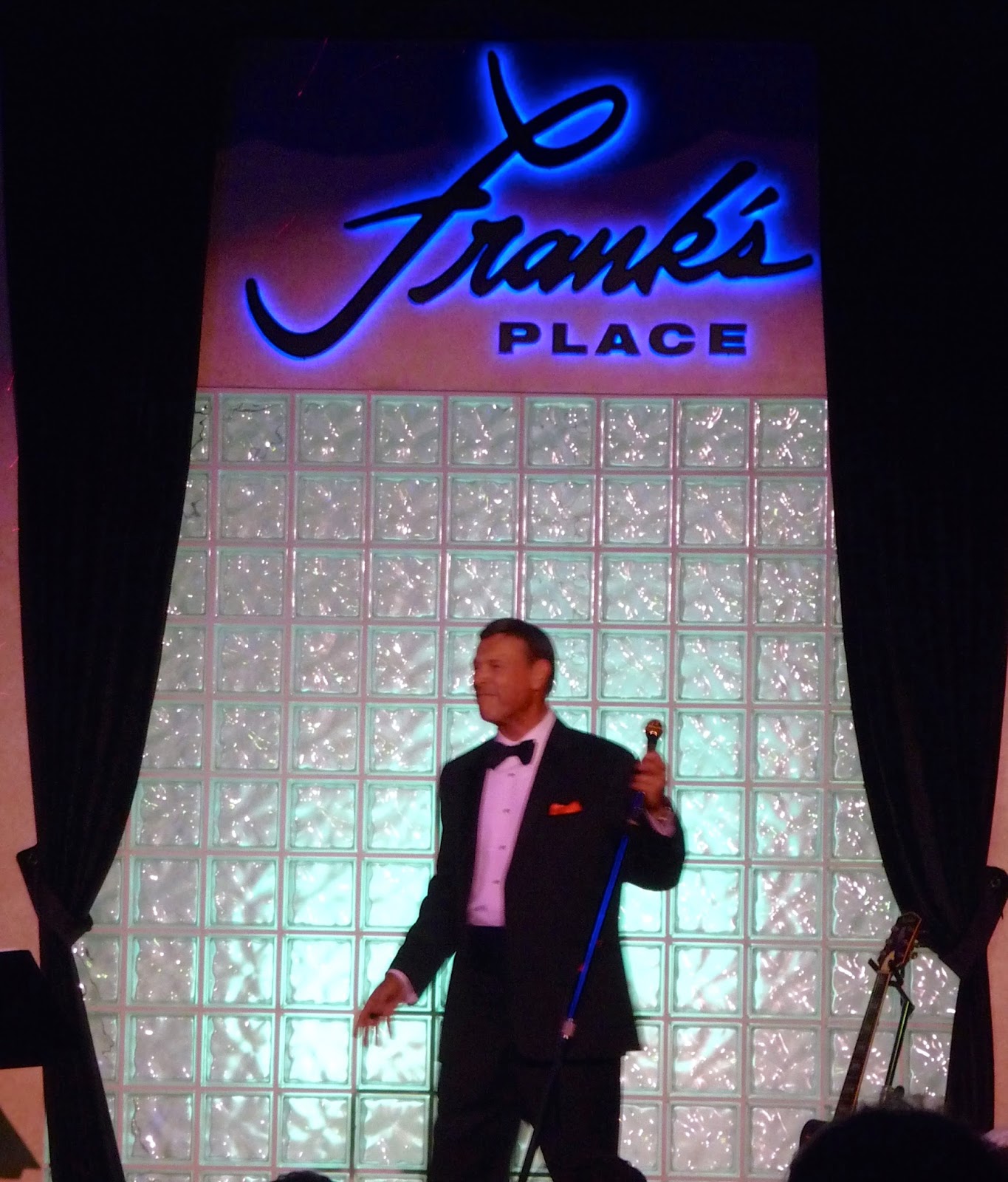 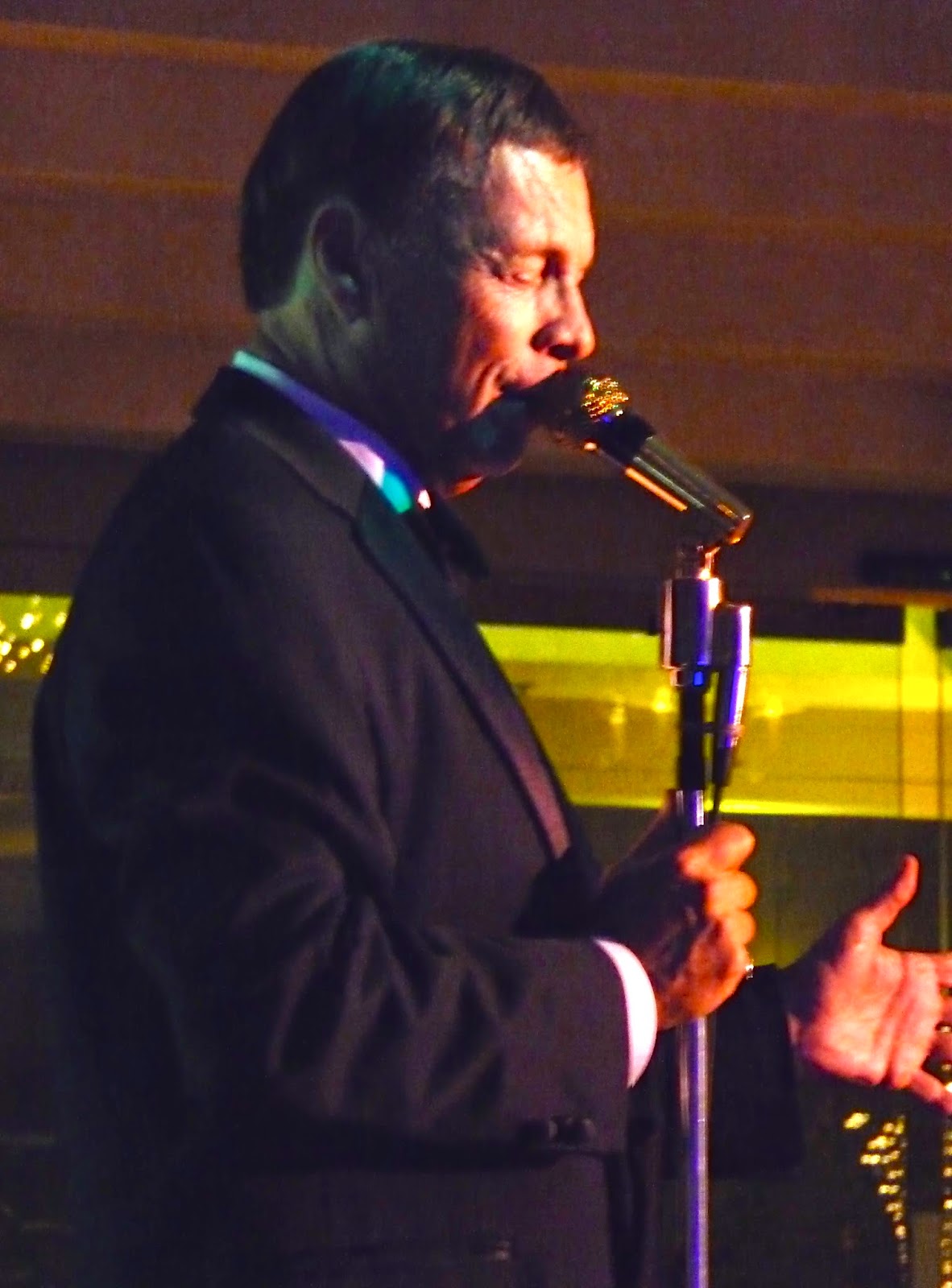 January 18, 2015 will mark the 4th anniversary of Frank DiSalvo's arrival at the Indian Wells Resort Hotel.  Let's take a look at what Frank has accomplished over these past 4 years.  Before Frank started performing at the Indian Wells Resort Hotel, there was no live entertainment of any kind.  When Frank started his gig at the Hotel, he wasn't as well-known as he is today.  I first met Frank when he came into Backstreet Bistro one evening when I was there listening to their Tuesday night Jazz series.  Frank asked to sit in with the quartet and sing a song or two.  He sounded pretty good, but I was most amazed in the amount of confidence he had.  After Frank finished singing, he passed out some of his cards listing his gig at the Hotel.  I was curious about him and decided to go to the Hotel to hear him sing.  The first thing I learned about Frank that night was that he is not just a singer, Frank is an entertainer in every sense of the word.  His audiences the first few months were nothing to write home about but that never stopped Frank.  Even if there was one person in the audience, Frank would do his 3 hour show with gusto!  I've heard that every time Frank opens the door of his refrigerator at home and the inside light goes on, he does 20 minutes of songs.  Frank DiSalvo is a wonderful entertainer but more important, he is a sincere and caring person.  By the time Frank's first season at the Hotel was over, he was drawing a large and very loyal following.  Frank was responsible for his own public relations and he has done an outstanding job.  In four short years, Frank DiSalvo has become "The Entertainer of the Desert".  Frank quickly expanded his performance from one night to four.  But Frank didn't stop here.  He was personally responsible for booking over 40 musicians into the Hotel, and as a result there is now live music at the Indian Wells Hotel 7 nights per week.

Frank is never happy with the status quo and is constantly adding new material to his show.  This year's show now includes new songs, new stories and even a new comedy segment.  His show is like a musical history course that takes the audience through the songs and performers of the 40's, 50's, 60's, 70's and 80's.  Frank takes us from early Sinatra, Martin, Sammy and Nat Cole through Elvis, B.B. King and even Peter, Paul and Mary.  Tonight he did songs from The Lettermen and Johnny Cash.  Some people who have never seen Frank's show think he is just a Sinatra impersonator.  Nothing could be further from reality.  Frank, of course, loves Sinatra as we all do but Frank has a wonderful strong voice that stands on its own.  In addition, he is not just a singer, he puts on what might be described as a Las Vegas lounge act doing all the different parts himself.  He has worked incredibility hard over the past 4 years to improve his singing and entertaining skills and now is at the top of his game.  Frank performs every Thursday, Friday and Saturday from 6:00 PM to 9:00 PM.  He also sings on Sunday with the Ted Herman Big Band from 6:00 PM to 9:00 PM.  Seeing his new show is a must, and you should put it on the top of your "To Do" list and bring your friends and family.  Dinner is served during Frank's show, and the food is excellent as is the service.  Please call for a reservation as many of Frank's shows are sold out especially on Friday and Saturday.

For those who have never seen Frank's show or heard him sing, I have attached a "YouTube" that will give you an idea of what his show is all about.