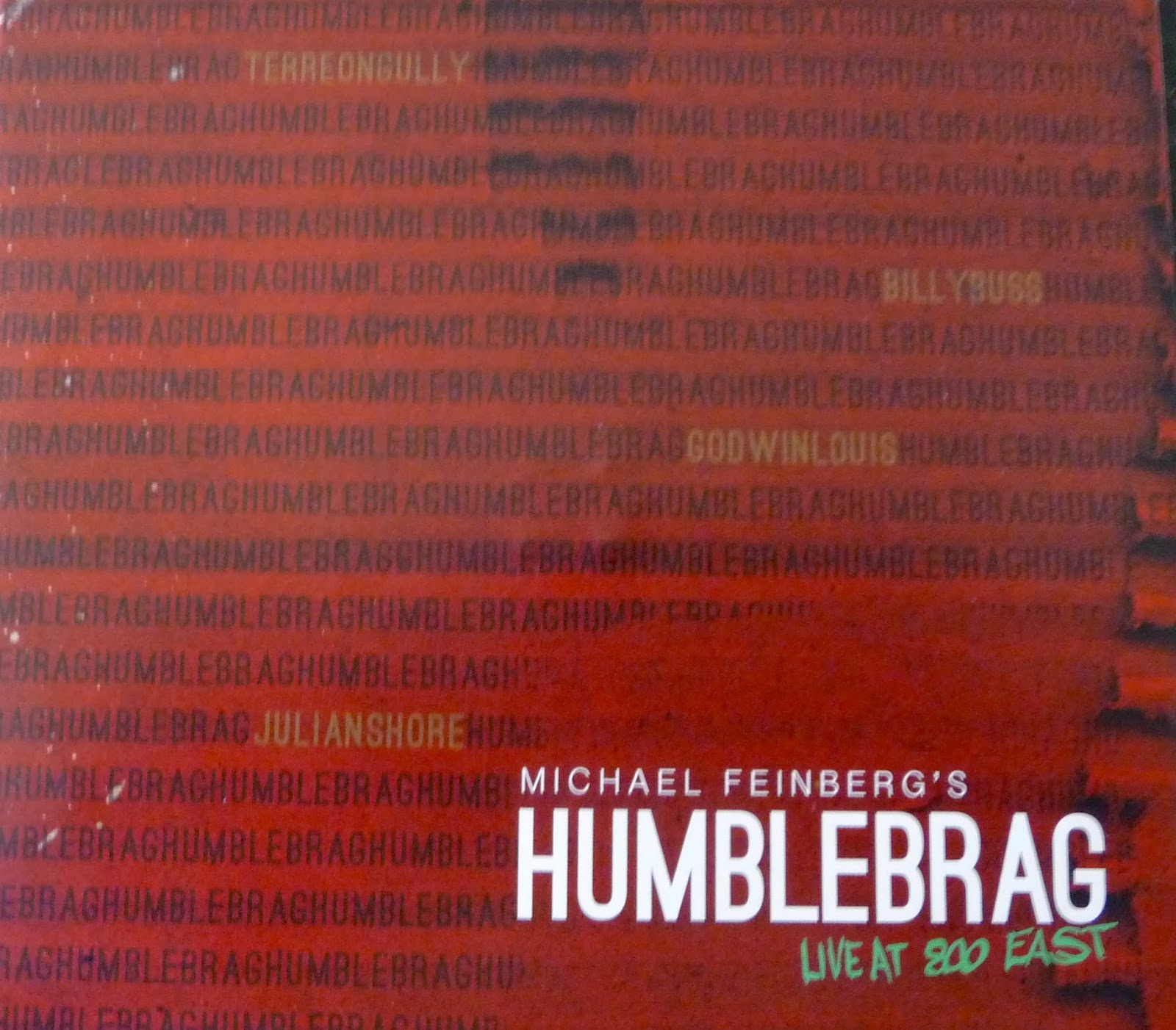 The new CD, "Humblebrag Live At 800 East" from Michael Feinberg is very inspirational. Michael informs us the word humblebrag means "Subtly letting others know about how fantastic your life is while undercutting it with a bit of self-effacing humor".  Pretty deep thought and so is the music.  Michael Feinberg is a talented Bassist and a superbly and refreshingly creative Composer who is not satisfied following the traditional Jazz-composing path.  This means Michael must take some serious musical risks, and he embraces these challenges.  I willing admit that Michael's compositions would not normally be what would musically attract me, but there is something about, not only the way the music is composed, but how it sounds that is very appealing to the listener.

Part of this is due to the wonderful group of talented musicians Michael has assembled to record his compositions. Michael agrees as he states, "These guys are my friends and they make it a comfortable environment. Each one is a talented composer, and knows how to interpret my music. Billy and Godwin spent two years playing together every day at the Monk Institute, and on top of their virtuosic musicianship they're an amazing team. Along with Julian they're the next generation of guys coming up." I could not agree more with Michael's assessment. Supporting Michael on this CD are some of the brightest new Jazz stars on the New York scene.  Julian Shore on Piano, Godwin Louis on Alto Saxophone, Billy Buss on Trumpet and veteran Terreon Gully on Drums.  Jacob Deaton adds his Guitar on one track.

This CD will hit the street on May 7, 2014 and will be enjoyed by any serious Jazz fan. This may be the new face of Jazz going forward but for now its just great inspiring music!