Book Review: "Rhapsody In Black, The Life And Music Of Roy Orbison" By John Kruth 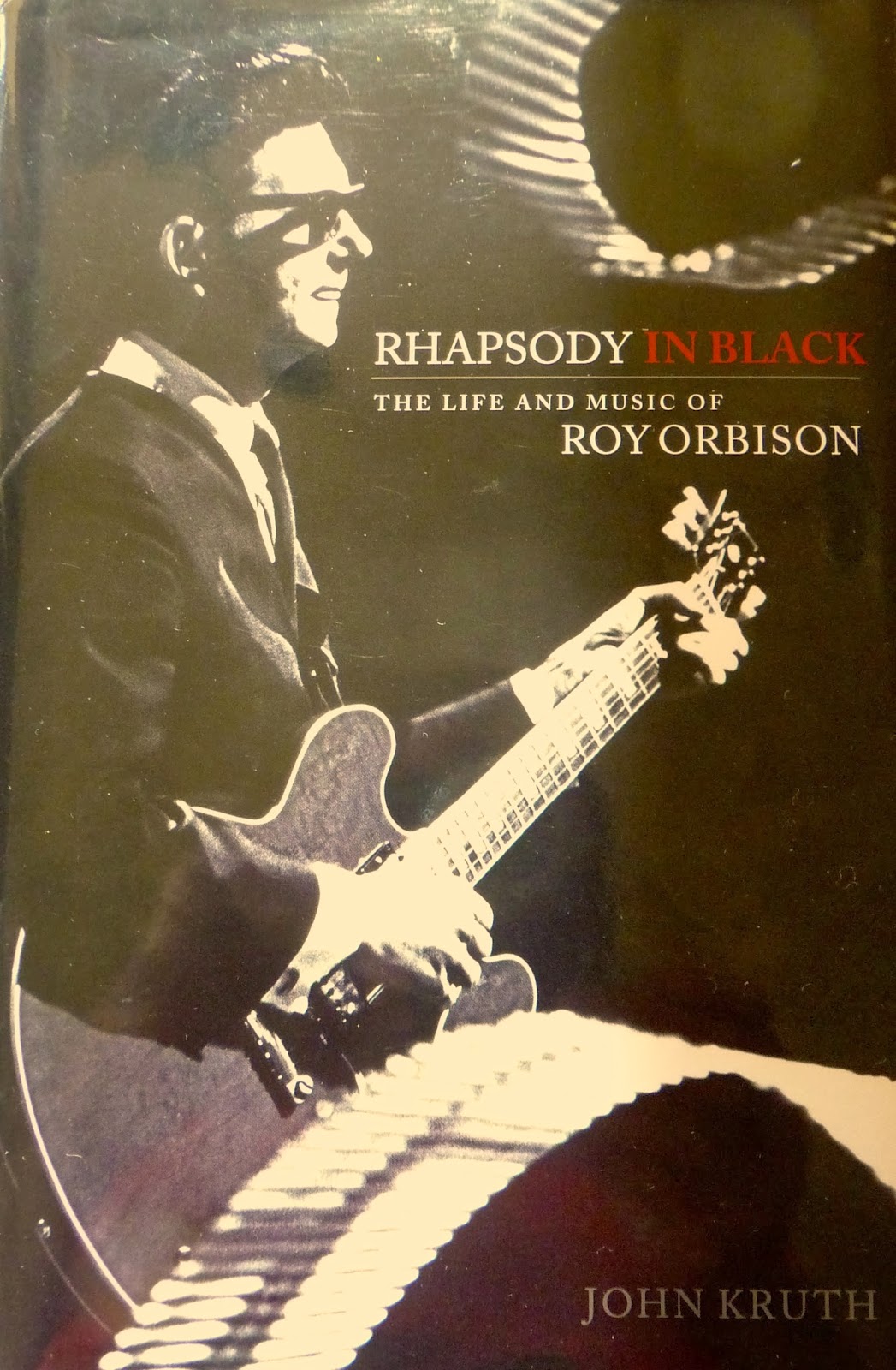 When I decided to read "Rhapsody In Black" it was not because I was a life-long fan of Roy Orbison. I loved his songs but until the last year or two I thought of Roy Orbison as just another rock and roll performer, strange looking but with an unusual voice. However, over the last year or two I starting listening to Roy's songs again and developed a deeper appreciation for the beauty of his songs and his pure, strong voice. So when I saw this biography, I bought it hoping to find out more about the life and music of Roy Orbison.

If you are a Roy Orbison fan and love the music of his era, I believe you will love this book. The author provides insights into many of the contemporaries of the "Big O".  However, I have to tell you that the life of Roy Orbison, similar to many of his songs, were touching but depressing. Roy's life experiences are more than most people could withstand. In addition, even as brilliant as his songs, voice and performances were, Roy's professional career suffered because of underappreciation for long periods of time. What made this even stranger is that almost all of his contemporaries in the music business at the time, had only the highest respect for Roy's song-writing ability and his strong pure voice. Even today almost every performing star like Bruce Springsteen, Bob Dylan, Elvis Costello, Neil Diamond and Paul McCartney have been Orbison fans from the start of his career.

John Kruth has done a great job researching and writing this book. The life of Roy Orbison was not an easy subject especially because of the terrible events he suffered through his life. I have attached a "YouTube" of Roy Orbison singing "Pretty Woman" with some friends you may know.