CD Review: "From The Heart" by Anya Malkiel 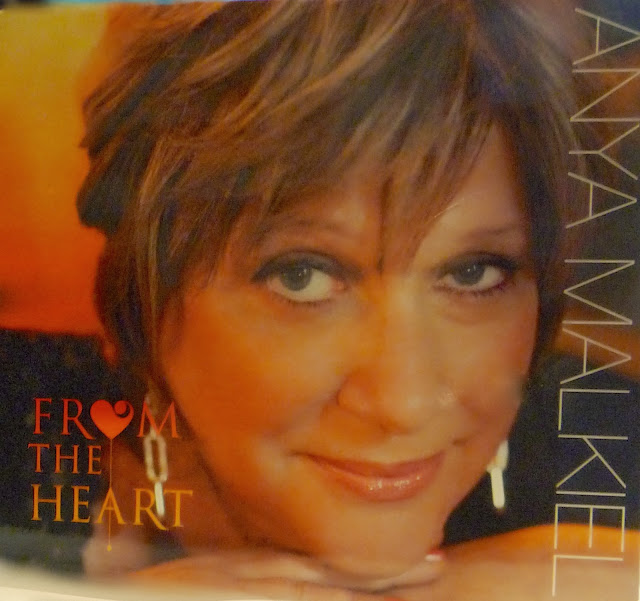 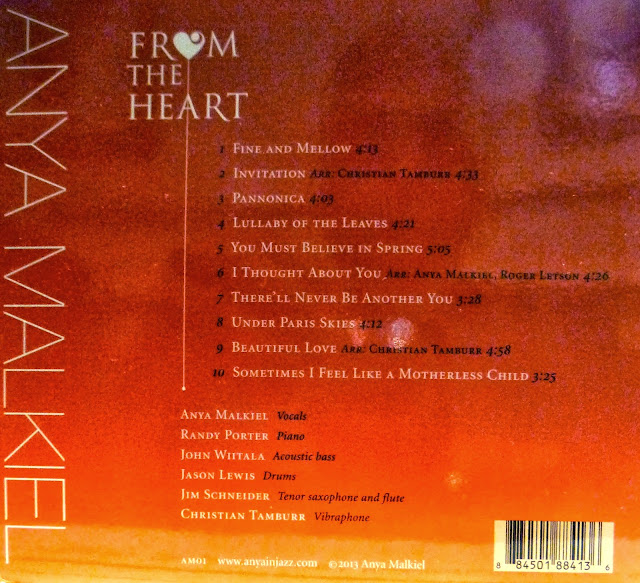 Anya Malkiel released her debut album, "From The Heart" in late August of 2013. Anya has an interesting story to tell that proves that the allure of Jazz music can capture the hearts of individuals no matter how controlled the musical environment. Now living in California, Anya grew up in Russia where at the time, Jazz was considered taboo.  The music that she heard in her house was classical, and she was given lessons in violin and piano. But her fascination was always on singing. Anya was first introduced to Jazz in St. Petersburg's only Jazz club. Once hearing the freedom that it allowed performers, Anya was hooked. From here, Anya got her hands on a bootlegged Ella Fitzgerald album and listened to it until she could visualize every vocal move Ella made. Anya went on to collect other albums of artists that she just fell in love with like Billie Holiday, Louie Armstrong and Carmen McRae and other American Jazz greats.

When Anya was able to move to the United States, the Jazz music opened up to her and she embraced it with body and soul.

On her new CD, "From The Heart", Anya has selected 10 rather diverse songs that all have a couple of things in common.  First, they are all American Jazz classics and second, Anya had a deep love for all of these great songs. So "From The Heart" contains songs that truly are part of Anya's heart. The Album starts with the classic Billie Holiday tune "Fine and Mellow" and immediately the listener can feel the emotional lesson of the lyric. It's one of the best cuts on the album. Anya brings this same emotional interpretation to the other 9 songs on this album. My favorites was: cut 4, "Lullaby of The Leaves" first sung by Ella Fitzgerald. It's always dangerous for a singer to cover a song made famous by one of the greats, but Anya handles the task by presenting her own unique interpretation to this great song. I loved the arrangement that Anya wrote for the classic "I Thought About You". Two other cuts that I thought were outstanding were "There'll Will Never Be Another You" and a great ballad, "Beautiful Love" that had a terrific arrangement by Christian Tamburr.

Congratulations to Anya for producing a great first album with her true and unique approach to the music that fills her heart.