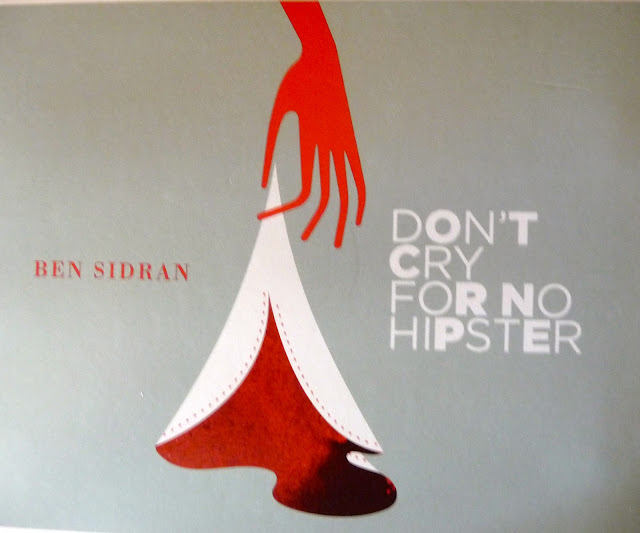 Singer/songwriter/pianist/producer Ben Sidran has just released a new CD, "Don't Cry For No Hipster". I have to admit that I am no hipster and never have been one.  But something about the songs on Ben Sidran's CD are attractive to me. Even though I have never considered myself "Hip", the songs are "Hip", the lyrics are "Hip" and even a non-hipster can tell that Ben Sidran is "Hip". Consider this quote Ben wrote for the liner notes:"One must approach the hip experience with a lifetime of preparation: the true hipster is a warrior of the first order, a master of the chiseled cool, an outlier of the interior world, a cynic perhaps but an optimistic one, and, at all times, such as when stepping into an empty elevator shaft or jumping out an open window, prepared to go up rather than down".  Now that's "Hip" writing!

Ben Sidran has produced a sparkling body of work including being the host of National Public Radio's landmark jazz series "Jazz Alive" which received a Peabody Award.  He has recorded 35 solo albums, including the Grammy nominated "Concert for Garcia Lorca" and produced recordings for such noted artists as Van Morrison, Diana Ross, Michael Franks, Richie Lee Jones, Mose Alison and Steve Miller. He has authored two books on the subject of Jazz, "Black Talk" and "Talking Jazz".

Ben Sidran's lyrics on this CD could have easily been published as a series of poems. They tell simple stories of life in an understandable but hip way.  Ben Sidran is a hipster, and we all can benefit from his words and music.