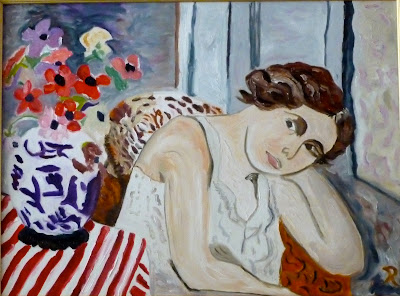 It was very satisfying to experience the explosive growth of viewers during my second full year of writing the Music Man Blog. While it is fun writing about music and performers that I love, it is nice to know that there are others out there that also enjoy music as much as I do.  I think 18,354 pageviews shows that there are a lot of people who love great singers, jazz and songs from the Great American Songbook.  Last year we reviewed a lot of "live" shows that helped to support some of these great performers gain some new listeners for their music. I am so happy to be able to contribute to the continued recognition and the growth of their audience. I hope to continue putting a spotlight on these wonderful performers in the next year. Last year also marked the first time that Music Man Blog was selected to do a pre-release review of a major CD, "The Three Kings" by the Outstanding Jeff Golub Band featuring Henry Butler. What a thrill that my first  pre-release review would be for a mega-star performance by Jeff Golub, his band and Henry Butler.


Last year the highest month for pageviews was September 2010 with 575 pageviews.  This past year, I am delighted to announce that our highest month was May 2011 with 2,172 pageviews.


Technorati is the leading organization that tracks the level of activity for Blogs across the world.  Music Man Blog is now ranked number 99,062 out of 1,280,597 blogs that they track.  This puts Music Man Blog in the top 8% of all active blogs after two years of publishing.

Many thanks to all viewers of the Music Man Blog and also to all those readers who have shared their comments with me over the past year. I had the opportunity to hear and get to know some outstanding performers last year and hope to meet many more this year.  My blog is dedicated to supporting musicians and live-music performances. I am looking forward to starting my third year of publishing and will be trying to make the blog even more interesting for music lovers all over the world.
at November 07, 2011 1 comment:

The Max Weinberg 7+ Rock & Roll Band rolled into the birth place of Count Basie, Red Bank, NJ on Thursday night October 28, 2011.  The concert started with a performance by Joe Delia and the Thieves, a rock and roll band out of the 60's and 70's that would make any "Stones" fan happy. The band played some familiar rock and roll songs and also a few songs they had written.  On a cold and rainy night, they were just what was needed to warm up the audience for the main event, The Max Weinberg 7+.
Max Weinberg has a long and impressive resume' and a love for all kinds of music even though his main credits come from being the drummer for Bruce Springsteen and the E Street Band for over 25 years. Max also received rave reviews for musical direction for Conan O'Brien on "The Tonight Show".  Max stills joins Springsteen for special gigs and was featured in the 2009 Super Bowl XLIII from Tampa, Florida which happened to be the largest TV audience in Super Bowl history (Over 105,000,000). He also played with Bruce for the 25th Anniversary of the Rock and Roll Hall of Fame that was an HBO special.
Max started this tour back in the summer on the West Coast, He put together some of the best musicians in the country that produced outstanding musical results. Max teamed with  singer and keyboard artist Bill Champlin. You will probably recognize Bill from his picture above because of his 28 years of work as the keyboardist/vocalist/songwriting contributions for the world renowned rock group "Chicago". Personally, I thought his vocal and musical performance this night were superb especially his singing on his jazzy arangement of "Turn Your Love Around", a hit song Bill wrote for George Benson.  He also ended the show playing acoustic guitar in an emotional and soft version of the "Chicago" hit "Look Away" which he sang originally.

Mindy Abair was as exciting as always. As one of the greatest jazz sax players in American, she still is always fresh and creative and alive!  Every time I see her perform she gives the impression that she is really having fun and loves to interact with the other musicians on the stage. Tonight, she traded several riffs with Tom Saviano that were simply wonderful!

Steve Madaio, the great Trumpet player from Palm Springs provided some absolutely great work for the band on many up-tempo rock and roll songs, He also performed a crowd pleasing soft & emotional solo introduction to a lessor known Springsteen tune, "The Fever". Steve never fails to impress. His resume' is unbelievable including making over 100 million selling CD's, touring with the Rolling Stones in Europe and recording and arranging with Stevie Wonder on many of Stevie's best selling CD's. It's no wonder that he is the "Trumpet" of choice for the greats of the music world.

Other highlights of the show included some wonderful guitar work from Carmen Grillo and his playing and vocals on the Wilson Pickett song "634-5789".  Bill Champlin's son Will was impressive playing the keyboard and with his vocal "Deep In The Heart of Texas". Seems the apple doesn't fall far from the tree!

All and all, a great night of Rock & Roll music.