I just had the opportunity to review an advanced copy of the Jeff Golub Band CD, "The Three Kings". The CD is a tribute to B.B. King, Albert King and Freddie King and it will not disappoint.  Jeff Golub continues to surprise his followers with his skill and appreciation of many different genre of music and sounds.  According to Jeff, his career really started to soar during his early years in New York City. "I heard that Billy Squire was holding auditions and looking for a guitarist", Golub said. "So I went to the audition and he was really impressed. I learned something during my time with him, namely that I really enjoyed doing rock as well as jazz and that I could do some imaginative things within that classic rock structure".
Jeff's public and professional recognition really started to rocket when he joined Rod Stewart from 1988-1995.  The best trait I admire in Jeff Golub is that he doesn't think about categories, labels or popularity when it comes to music.  Instead, his major concern is something far more basic: honesty.  "I love all kinds of music and I really only look at one thing when it comes to any style or type: if it truly comes from the heart". If you need any proof that Jeff lives within these words, just take a look at the outstanding musicians he has put together in his band!  You won't find this kind of thinking too often today when the major concern of performers is not creative quality but just pure market sales numbers and expenses.
Jeff has put together a great group of musicians on "The Three Kings" CD:
Jeff Golub- guitar
Henry Butler- piano & vocals
Andy Hess- bass
Josh Dion- drums/percussion/vocals
SPECIAL GUESTS
Robben Ford- guitar
Sonny Landreth- slide guitar
Chris Palmaro- B3
Nick Lane- trombone/horn arrangements
Rick Braun- trumpet
Euge Groove- tenor sax
Dave Woodford- bari sax
Mitchel Forman- synth strings and string arrangements on "The Thrill Is Gone"
Jeff's new CD has 13 cuts on it and I can tell you with all honesty, they are all just great.  And if you are a classic blues fan, I am positive the CD will quickly become your "go to" CD.  As I have expressed before in "The Music Man Blog", I always believed that when a performance is recorded live, the additional emotion generated from the musicians can rarely be captured in a closed studio recording session. This CD is an exception!  According to Jeff "Other than some minimal overdubbing we played it live and tried to keep it sounding fresh and spontaneous". Well Jeff, mission accomplished! The only
element separating this CD from a live recording is applause.
It's really difficult to pick my favorite songs on this CD because I like them all. So I will just mention four tracks that I think are terrific, otherwise, I would be listing all 13 tracks.
Henry Butler excels on this CD with both his vocals and his piano excellence. His brilliant piano work at times just puts the listener in awe.  I love his solos on the B.B. King classic, "The Thrill Is Gone"  The string arrangement by Mitchel Forman fits with the band and Butler's voice better than you might expect. Butler also does a great vocal on "Born Under A Bad Sign" and the band is really in a groove on this one.  I think "Side Tracked" could make it as a single again today thanks to the great guitar work by Robben Ford.  "Freddie's Midnight Dream" is also wonderful.
This CD is just not another cover of some great old songs.  It's a fresh, new approach by a group of fine musicians paying tribute to the best classic blues guitarists in American music history while at the same time bringing something of their own to these great songs.
Jeff Golub deserves a great deal of credit for producing this CD not only for his fine guitar playing but because of how difficult it is to bring all this high-level talent together and have them perform as one unit.  This is clearly Jeff Golub's band. Under his control, vision and his unifying strength these great talented musicians joined together perfectly to produce the great sounds on this CD. Every time I get to hear Jeff he seems to get better and better.  His guitar phrasing and dexterity is always creative and clear as a bell.
Congratulations Jeff for you performance and production efforts on this fine CD.  I look forward to many more CD's from "The Jeff Golub Band".
at June 26, 2011 No comments:


I would guess that some of my readers might find the pictures of Gianni Russo somewhat familiar. I think some might recognize Gianni for his portrayal of Carlo Rizzi in the acclaimed classic "The Godfather"  and not as an accomplished singer. Gianni's film career emdodies work in over 40 films including "The Freshman",  "Any Given Sunday", and "Sea Biscuit". In January of this year,  Gianni started  work on a new film produced by Brett Ratner and directed by George Gallo, Jr. that  is based on the extraordinary life of Gianni Russo.

But tonight's visit  to Solari's Restaurant in Hackensack , NJ was not to see Gianni Russo the actor.  We were here to see Gianni Russo the singer.  Gianni released  a CD in 2004 called "Reflections" that paid tribute to his friends, Dean Martin and Frank Sinatra. He also just finished a successful two-week engagement at  Feinstein's at the Loews Regency in New York City.

Tonight, Gianni was joined by a talented 4 piece band that included  Peter Viani on piano, Mike  Sanmartino  on Sax, Gary Mazzaroppi on base and Danny Venditti on Drums. Gianni is an excellent singer and sang many signature songs of Martin and Sinatra.  In addition, Gianni had many interesting stories he shared with the audiences about his  life experiences and rememberances of  the "Rat Pack" personalities.
At age 68, Gianni still has the look of a major movie star but without the movie star attitude.  He was very open to  all and  freely talked  with  everyone in attendence before and after his wonderful performance.    It was a wonderful trip to the past for most of us in the audience who still remember and treasure the Sinatra "Rat Pack" years.
at June 24, 2011 5 comments:

The 20 Best American Cities For Live Music In America 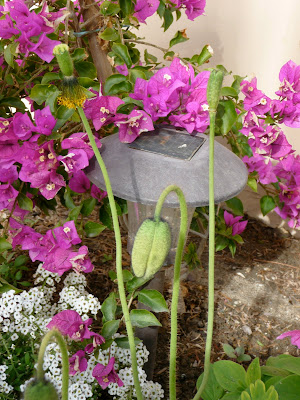 I recently read a blog titled "What American cities had the best live music"?  The article was sent to me by the author of the blog, Jena Ellis.  I want to share it with my readers. In reviewing the 20 cities listed, I don't think there were any surprises.  However, I think that if the cities were ranked by the amount of live music compared to the population of the city, then Palm Springs, California would have to be added to the list. I think there is more live music per capita in and around Palm Springs than most of the top 20 cities listed on this blog. The link to the blog is listed below:

http://www.onlinecertificateprograms.org/blog/2011/20-best-american-cities-for-live-music-buffs/)
at June 19, 2011 No comments: 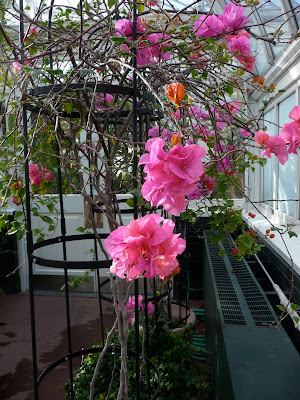 On Thursday, June 2, I traveled down to the Jersey Shore to McLoone's Rum Runner at 816 Ocean Ave. in Sea Bright, NJ to hear the "great" Barbara King. More than a few people had told me that Barbara was an extremely talented singer/p pianist so I knew I had to see her.  Barbara started playing and singing while we were having dinner, and after dinner we went over to sit at the piano bar with several other Barbara King fans. I have to say that after Barbara played her first song I knew she was "a cut above".

Barbara began by playing and singing a medley of Gershwin songs that were just outstanding.  From there she covered Cole Porter, Rogers & Hart, Johnny Mercer, Jobim, Michel Legrand and what seemed like a thousand requests from those who came to see her.  When asked what her favorite song was, she played and sang the Michel Legrand gem, "How Do You Keep The Music Playing".  It was wonderful and beautiful! The audience was quick to show its appreciation. Quite frankly, I was not expecting to hear this level of quality musician performing in the quite little shore town of Sea Bright.  But I can only tell you with all honesty that someone with Barbara's talent is qualified to be singing in any of the best venues in the country. She is really that good.  If you live at the Jersey Shore or if you are going to be any where near the Jersey Shore in the next couple of months, put seeing Barbara King at the top of your "TO DO" list.  She is as good as or better than anyone you might find in the "Big Apple" or any place in New Jersey for that matter.  If you love songs from the "Great American Songbook"and some of the more recent great new American Pop tunes, you have to make it down to Sea Bright to catch her act.   This quality of live eintertainment is getting harder to find every year, but you can savor this experience every Thursday and Saturday right here in Sea Bright, New Jersey.

Later in the evening, Barbara was joined by the multitalented musician Joseph Lowlor who sang a couple of songs with Barbara.  Joe plays many instruments including violin, sax, flute, trumpet and joins Barbara from time to time for party gigs.  We are looking forward to hearing Joe join Barbara with his violin in the near future.

Barbara plays at McLoone's Rum Runner on most Thursdays and Saturdays and you need to catch her act.  You can have dinner and there is no cover charge, although even if there was, hearing Barbara sing and play would be well worth the charge! 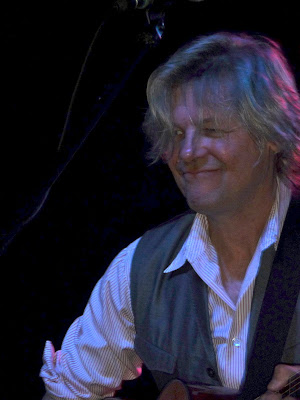 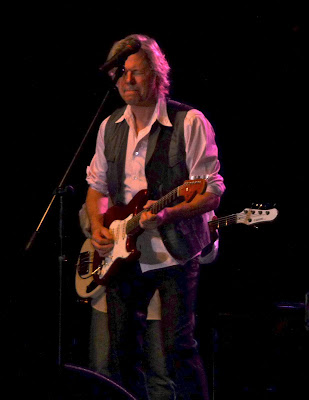 Great news for all Jeff Golub fans. Jeff will be releasing a new CD at the end of June that is sure to be outstanding. The CD is a tribute to the music of Albert King, B.B. King and Freddie King, I think that says it all about why you should own this CD. According to Jeff "When you look at the modern blues and rock vocabulary, it's almost impossible for anyone to play something that doesn't reflect their influence somehow.  Whether you're talking about Eric Clapton, Stevie Ray Vaughan, Jeff Beck, anyone you can name, they are directly or indirectly influenced by something that one of them did or played. Their songs are timeless and, while they also certainly had their influences, the impact of their work is unquestioned".  Keith Richards also credits the "Three Kings" in his new book, LIFE, in similar words to Jeff's. As soon a I can get this CD, I intend to publish a review. Stay tuned!
at June 04, 2011 5 comments: