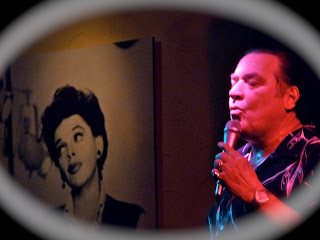 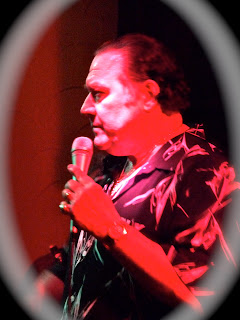 The first time I had the pleasure of seeing and hearing Mike Costley was at Jack Jones' birthday party at The McCallum Theatre in January 2011.  Mike introduced Jack and then sang "I am a Singer" with Jack to open the show. It was immediately evident that Mike had an excellent voice, and I knew I had to see if Mike was performing in the area so I could hear him in a more intimate setting.

Following the Jones' birthday party, I asked several of the local musicians that I respect and admire what they knew about Mike Costley and without exception they all said he was a great singer. I wanted to find how "how great" so I went to see Mike perform at Torme's, a great new Jazz Club in Palm Springs.  Mike performs at Torme's every Wednesday and Thursday night starting at 7:30pm.

From the moment Mike started singing, there was no doubt that he is a skilled and exceptional singer. Over the course of the evening, Mike demonstrated that he could handle a wide range of musical styles. He sang Sinatra, Ella, Jackson, Torme, Prima, and even the Beatles.  But unlike most singers that I have heard, Mike did not try to imitate these great singers.  Mike sang in his own unique singing style. It was so refreshing to hear Mike's interpretation of these songs. Only a singer with  great musical skills, a great voice and an unusual voice range could even dream of doing what Mike is able to accomplish. Mike is not only one of the best singers in the California desert but is one the of the elite singers in the US today. If you find yourself in the Palm Springs area, and you can only see one performer, you need to hear Mike Costley, period, end of story!

One last comment, Torme's Restaurant, in addition to just great music, has great food.  In my experience, normally this type of club has great music but only average food.  Torme's is an exception!   The prices are reasonable, and there is no cover charge for the music.  There is no better deal in the desert! 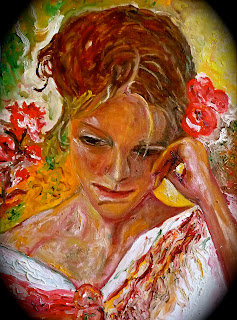 I recently came across a blog posted by The Miami Herald in its Entertainment Blog.  The article listed Andrea Bocelli's top five favorite love songs of all times.  Since the last blog I posted was about the top 20 loves songs written since 1960, I thought the list would be of  interest to my readers. According to Miami Herald these were the top five with comments from Bocelli:

1. E lucevan le stelle: "The tenor aria from Act III of Puccini's Tosca, the haunting song of the doomed Mario Cavaradossi, about to face the firing squad and able to think of the "sweet kisses and languid caresses" of Floria Tosca.  The song "sings the passion and despair of a man who loses, together with his life, also the woman he loves."

2. Strangers in the Night by Bert Kaempfert, Charles Singleton and  Eddie Snyder.  Made famous in 1966 by Frank Sinatra.

3. Donna non vidi mai: "Also by Puccini, from Act I of Manon Lescaut. The Chevalier de Grieux has just seen Manon and fallen hopelessly in love. "I have never seen such a women" he sings.

4.Core 'ngrato: "A much-beloved Neapolitan song written by Salvatore Cardillo for the celebrated tenor Enrico Caruso who sings "Ungrateful heart, you have stolen my life". 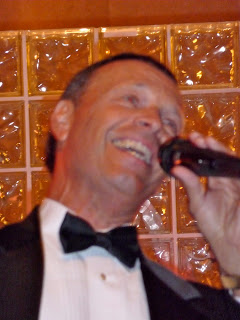 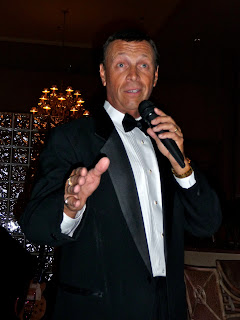 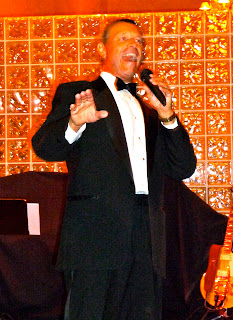 On February 17, I had the opportunity to see Frank Di Salvo his "Frank and the Sinatra Show" at the Indian Wells Resort Hotel.  I tried to go to this show with an open mind because as a devoted Sinatra fan, I have been disappointed so many times by performers trying to imitate Sinatra. What I found at the Frank Di Salvo show was an excellent performer with a strong clear voice who did an outstanding job singing not only a lot of Sinatra signature songs but also many other great songs out of the "Great American Songbook".  The title of this show was "Frank and the Sinatra Show" but this title does no justice to the great singing that I heard.  Frank brings his own style and strong voice to the Sinatra songbook, but Frank's singing talent is not just limited to Sinatra songs.

Frank sang the Sinatra classics with ease and did a particularly outstanding job on Paul Anka's great song "My Way" that he dedicated to his late father. He also received a strong audience response to the Guys and Dolls favorite, "Luck Be a Lady Tonight".

I was very impressed with Frank's renditions of "Mack the Knife",  the Rodgers & Hart tune from "Pal Joey", "I Could Write a Book" and the Joe Bushkin & John DeVries  great song "Look At Me Now". Frank is a relative new comer to the desert arriving here only 6 months ago.  But I have a feeling, listening to him that Frank feels like he is really at home here.  He is a welcome addition to the talented group of musicians that call the California Desert their home.  At the end of the 2nd set, Frank called up a friend of his, Marc Koltun who sang a couple of Johnny Hartman songs that were just wonderful.  I learned Marc has not performed in 20 years, but you would never know it. Hope Marc continues to sing, he has a really great voice and feel for great lyrics.

Frank will be performing at the Indian Wells Hotel on Wednesday, Thursday and Friday.  In addition, you can go to Frank's web site: "Frankdisalvo.com" to see where Frank will be performing.  Make sure you call for reservations because the word is already out that Frank is an act that should not be missed.
at February 20, 2011 9 comments:

The New Standard, A "Must Have" New CD From Johnny "Amazing" Meza 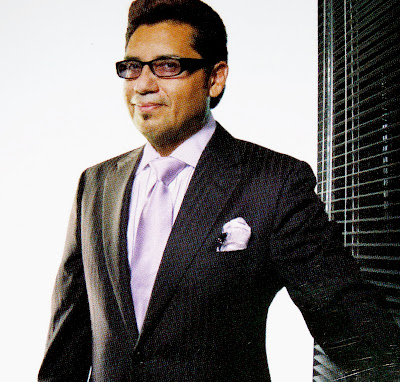 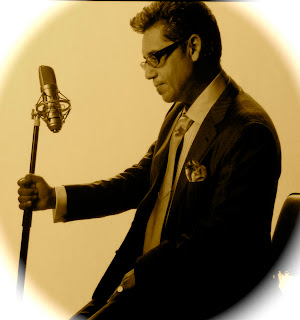 For all of us who love to see and hear Johnny Meza  sing and play in person,  we now can get our dose of Johnny Meza by spinning his just released CD, "The New Standard". If you love "standards" this new CD is sure to please. Johnny has put together some really fine musicians on this CD starting with Will "Miracle Man"Donato on alto sax, Tony Banda on Bass and his brother, Ramon Banda on drums and percussion. The CD spotlights Johnny's hot new song "Dirty Martini" that moved into the top 20 new songs in Billboard Magazine. This is a great tune that becomes more intoxicating each time you hear it.  In addition, there is a terrific group of other great songs on this CD.  One of my personal favorites is "Hey Good Lookin" an old chestnut that Johnny puts new life into.  I think his version of this song in his own unique style is what Johnny "Amazing" Meza is all about!  This CD includes, in addition to the songs that Johnny has claimed as his own, several classic Frank Sinatra songs that Johnny performs as his own personal tribute to Mr Sinatra. If you like Frank Sinatra and Johnny Meza you will love songs like, "Fly Me To The Moon", The Tender Trap", "The Best Is Yet To Come" and "Strangers In the Night".  "The New Standard" CD is available on iTunes but if you go to see Johnny in person you can buy it from him, and I am sure he would sign it for you.  Johnny Meza is a winner and so is his new CD.
at February 14, 2011 No comments:

The Best Love Songs Written In The Fifty Years From 1960 to 2010. A Special Valentine Playlist For Your Special Person 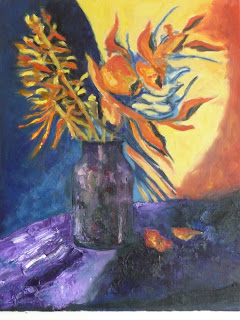 One of my long time followers of the Music Man Blog, Zelda, recently suggested that the great Beatles' tune "Michelle" should be on the "Greatest Love Songs of All Times" list.  As I was thinking about this suggestion, Zelda offered another suggestion that maybe we should have a new list developed for great songs written after 1960. Excellent suggestion especially since Valentine's Day is just a few days away. Here is a knockout playlist to share with that special person on Valentine's Day.

I am sure you have lots of your own personal favorite love songs that are not on the list.  Let me know if you have any love songs that should be on this list!  Happy Valentine's Day to all!
at February 11, 2011 3 comments: 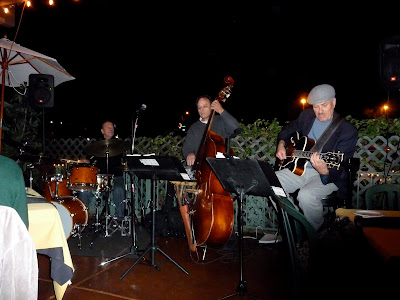 We are back at BackStreet Restaurant again to hear some real Jazz with the marvelously bass player, Bill Saitta.  Bill loves Jazz and it shows in the way he plays.  It hard to find anyone today who still plays acoustical bass these days so getting to hear Bill play is a real treat. Bill's playing reminds me of every body's all time favorite bass player, the great Ray Brown.  Bill reminds me of Ray especially when he plays his bass with a bow.  Bill put together a very great trio with the talented Jay Lewis on drums and Dan Papaila on guitar.  I had not heard Dan play before.  Dan's skill and talent with the electric guitar was a real treat for the everyone.  It was a great evening of Jazz and great food at The BackStreet Restaurant.  There Jazz series continues every Tuesday for the next couple of months.  If you are ever in the Palm Desert area make sure you get over to BackStreet. 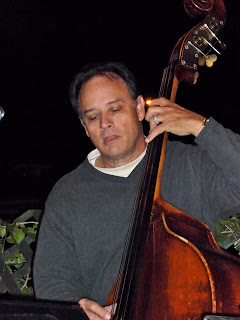 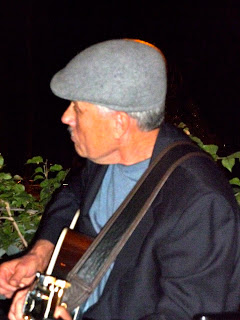 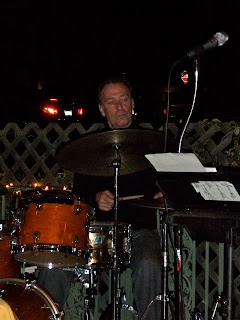 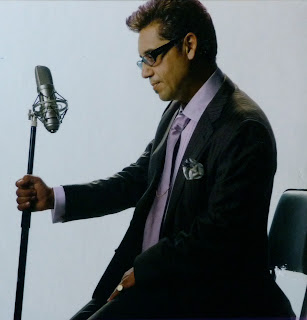 Johnny Meza is one of the most talented and exciting entertainers performing in the California Desert.  I him on Wednesday, Jan 19 at the Jackalope Ranch in Indio. Johnny is so much more than just a singer, he also plays great piano, guitar and drums. When you add his great personality and wit to the mix, he truly is a pleasure to hear.  Johnny also writes music and lyrics and his lastest song, "Dirty Martini" recently moved into the top twenty best selling new songs as ranked by Billboard Magazine. This great new song is on Johnny's new CD "The New Standard".  I recommend that you preview the songs on this CD on iTunes.  Johnny is performing at Jackalope Ranch on Wednesdays, The Spa Casino Lounge on Thursdays and at the always great Arnold Palmer's Restaurant on Fridays and Saturdays.  If you are ever in the desert over the next few months, make an effort to see Johnny. It will be well worth it.

I will be doing a full review of Johnny's new CD shortly.