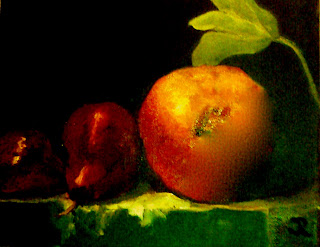 Last week my wife and I had dinner at the wonderful Desert Sage Restaurant in La Quinta and while we were enjoying our dinner in one of the dining rooms, we heard some great music via the speakers in the room. At first we thought it was recorded music, but then we discovered that the great sounds were coming from the piano bar in a nearby room. After we finished our meal, we decided to go into the bar area to see who was responsible for the music we had enjoyed during our dinner. It's there we got to meet and enjoy more music from Johnny Meza.   Johnny plays piano and sings in a small area off the bar that also has a small dance floor. The whole atmosphere seems like a throw back to the Sinatra days when you could sit at the bar and enjoy live music in an intimate way that is very hard to find in 2010! Johnny's expertise enables him to play different kinds of music, but his roots are still with the Great American Songbook including many favorite Sinatra songs that he handles perfectly. Not only does Johnny play and sing, but he also entertains with his commentary that results in an immediate connection with his audience. And as it turned out, we were not the only ones that recognized Johnny's talents. While we were enjoying one of his songs, a long time resident of the California desert, a music legend in his own right and a long time Frank Sinatra favorite, Frankie Randall, walked up to say hello to Johnny and then sang a song with him. Frankie Randall's history with Sinatra goes way back to when Mr. Randall was playing at Jilly's Bistro. When Sinatra was in the desert, it was always Frankie Randall who was at Sinatra's home to play for his late-night, after-dinner parties. In addition, Frankie Randall is still one of the strongest supporters of keeping the Great American Songbook alive and well. After Frankie Randall, another member of the audience, a women named Tony Curtis, came up and beautifully sang a couple of great standards. This is what the California desert is all about. Great entertainers live here, and they support each other at the local restaurants. If you are in the area, Johnny plays at Desert Sage on Tuesday, Thursday and Saturday and also at Bing Crosby's on Wednesday. He is definitely worth seeing!