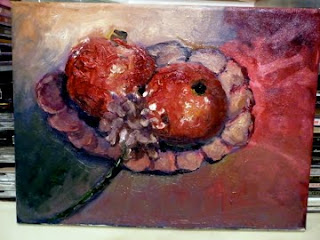 According to the December 3, 2009 article in the New York Times by Ben Sisario, last week was a very interesting week for the Music Industry. Never mind that Ms Boyle's CD, "I Dreamed a Dream" sold 701,000 copies making it the biggest opening week sales for any CD this year, the real news for me was that only 6% of the sales were digital downloads.  This is far below the ratio of the sales standards shrink-wrapped CDs compared to digital purchases from sources like iTunes.

This is the same experience I have had with friends and family who love the "Great American Songbook" but have trouble or can't get to my blog. It still surprises me about how many people I meet in the 50 to 70 age group who spend either very little time or no time at all on a computer. I find most of these people get to their type of music by radio or when one of their friends recommends a new CD to them. This of course is a problem for the "Great American Songbook" and its performers because of the lack of exposure they get to their prime audience. This situation is also a problem for the music industry because the industry has not come up with a way to reach what I feel is a large untapped audience. The industry has had some successes when major performers decide to cut CDs containing great standard songs. But these CDs only seem to sell when they are made by big time entertainers who can bring his or her audience anywhere they decide to go.
XM Radio has given many mature listeners the ability to hear the great songs in their cars. I suspect that many of these listeners would never have signed up to get XM Radio on their own, but because the service was free for a couple of months in most new cars, they got to experience it and I believe they quickly came to love the stations that play the standards.
This mature group of listeners also does not, for the most part, own Ipods. It's not that they would not enjoy listening to one, they just don't embrace the technology and seem to be reluctant to go there. I recently went to a friend's 65 birthday party. My friend just loves Frank, Tony and the rest of the gang along with a lot of other new performers, but he just wanted no part of an Ipod. He also spends no time on a computer. He seemed to think it was too complicated for him. I decided to give him an Ipod for his birthday and I downloaded a lot of songs that I knew he loved. I can only tell you that he is now never without his Ipod playing in his ear. He loves it crazy and will never give it up.
It's my feeling that the music industry can to do a much better job in marketing to niche audiences like the ones I have described in this posting in order to stop the slide in their sales.  The audience for the "Great American Songbook" is out there, they love this type of music, and they will buy a lot of shrink-wrapped CDs because they like to be able to touch the product and take the music with them.  Hello! the last time I looked, shrink-wrapped CDs was where the big money was!
at December 06, 2009