THE 5 BEST CHRISTMAS SONGS OF ALL TIMES 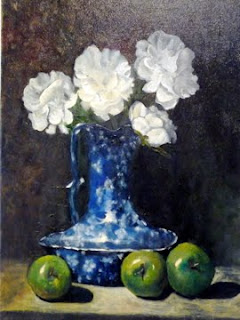 Well, it's the Saturday before Christmas, and I am sitting at home in New Jersey watching what is forecast to be one of the biggest snow storms of the year! I wanted to write at least one post about Christmas songs because you can't go very far at this time of year without hearing some of your old and new Christmas favorites.

But First, I wanted to talk about an observation that has been driving me crazy for years. Why is it that whenever the weather forecast is for bad weather especially snow, every senior citizen and his brother runs out to the grocery store to buy every roll of toilet paper they can find along with every loaf of bread and bottle of milk available. I have actually seen some of these seniors going from store to store because it seems they just can't get enough toilet paper to satisfy their needs. Does bad weather cause these people to get a serious case of the runs? What the hell is going on with all this toilet paper? I'm a senior and I must be missing something here. If these toilet paper junkies think that every storm could mean the end of the world, wouldn't you think they would be out buying other things like cases of VODKA? Well there you have it. I feel better, and now we can proceed to the "The 5 Best Christmas Songs Of All Times".
It's always been the dream of all song writers and singers to have the next great Christmas song on their resume', but only a few actually have found success. This thought brought me to ponder the following question:

"If you could only hear 5 Christmas song during the entire Christmas season, what would they be?". We all have our favorites, but picking the top 5 of all times is another more difficult task. Well here my list:
1. White Christmas: Written by the great Irving Berlin in 1940. According to Songfacts.com, this song is the biggest selling Christmas song of all time. An interesting story that is told about this song is that Mr. Berlin wrote this song in 1940 while staying at the Biltmore Hotel in Phoenix, Arizona. The story goes on to say that Mr. Berlin, upon finishing this song, told his secretary, "I just wrote the best song I've ever written". I don't know if this story is true or not, but the statement certainly is!
2. The Christmas Song: Written by Mel Torme & Bob Wells in 1944.
3. I'll Be Home For Christmas: Written by Buck Ram, Kim Connor & Walter Kent in 1943.
4. Let It Snow: Written by Sammy Cahn & Jule Styne in 1945.
5. Winter Wonderland: Written by Richard B. Smith & Felix Bernard in 1934
Did I miss one that you think should be in the top 5?
Merry Christmas Everybody!
at December 19, 2009