Dinner With Sinatra: The Top 10 Greatest Male Singers of the Great American Songbook 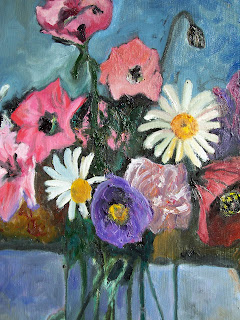 I am working on a Top 10 Greatest Male and Female Singers of The Great American Songbook and, of course, The Chairman of The Board will be on it. I wanted to share one of my Frank Sinatra stories with you as I prepare to list him as my first entry. About 20 years ago during one of my first visits to the Palm Springs area, my wife and I decided to try to find a good local restaurant for dinner. We were staying in the Rancho Mirage area so we started to drive on Route 111 where we knew there were lots of interesting looking restaurants. It was early, about 6:30, so we knew we would be able to get into most places. As we were driving, we noticed an interesting-looking restaurant on Route 111 West. I don't remember the name, but I do remember it was an Italian restaurant with a Southwestern feel. As we made the turn into the driveway along the side of the restaurant, a green Jaguar pulled in front of us. We were the only two cars that pulled up, and as I looked at the license plate it read, "FAS". I laughed and said to my wife that maybe it was Frances Albert Sinatra. To our surprise, as we got out of our car, Sinatra himself steps out of the Jag at the same time. Luckily, the valet was not around, and I walked up to Frank and thanked him for all the pleasure his music had given us over the years. Sinatra was in a very good mood and as we talked, I asked him if this was one of his favorite restaurants since we were new to the area. He told us it was, and that he often orders take out from this place for himself and any parties at his home. He then offered that he was here tonight to celebrate Gregory Peck's birthday with many of his closest friends. With that the valet appeared, and he went in and we followed right behind him. When we got to the front desk, the reception person asked if we had a reservation, and I told him we were here for the Gregory Peck birthday party. This ends the story because that's when the reception person said, "Not in your dreams".  He did, however, seat us next to the Peck birthday party room. It was such a thrill to have been in the same restaurant with Sinatra, the entire Rat Pack and about 20 of the biggest Hollywood Stars of the day. We may not have gotten into the party but, boy, what great story value. By the way, if anyone remember this restaurant, I would love to know the name.

Email ThisBlogThis!Share to TwitterShare to FacebookShare to Pinterest
Labels: Music