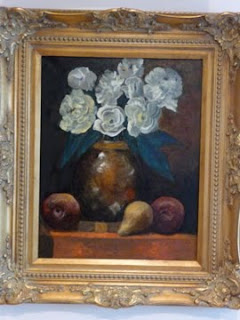 I viewed the American Music Awards last night and want to make a few comments. First, after comparing all the new "talent" that was on display last night, it is clear that Michael Jackson has become for today's music generation what Elvis was to the Rock and Roll generation. From a strict talent perspective, sadly, I did not see anyone on the stage last night that has the talent to come anywhere close to Michael.  He was one of a kind.

What I saw last night was mostly a lot of stage performers using lights, sounds, noise and fire to overwhelm the music being sung and played. A lot of it may have been entertaining but where were the great songs and lyrics that will be with us for the next 100 years? Where was the next group of great singers that will be with us for the next 50 years? Yes, I believe we must allow the freedom to experiment with new forms of music but that doesn't mean we need or should turn our backs on the music and lyrics that brought us to the dance.
That said, I did see some singers last night that have the potential to become really great. I know that if they set their focus on some of the great songs of even the past 25 years they could achieve a much higher level of professional, long-term status. One last comment, there are some excellent young singers out there today doing great things but only a couple found a place on the American Music Awards. All and all, a lost opportunity for the music industry to showcase the really talented people that are making memorable music that will last much longer than the time this award show was on TV.
at November 23, 2009