Can Anyone Give Me A Good Working Definition of "Rhythm and Blues"? 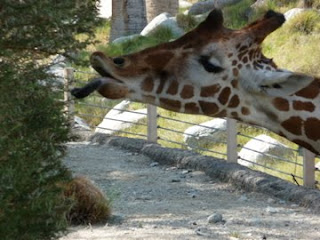 My last posting on this blog was, Top 20 R & B Songs Of All Times". When I first published this article, I had entitled it, " Top 20 Blues Songs Of All Times". However, after some thought I changed "Blues" back to "R & B" because it seemed to cover a broader area than limiting us to just the "Blues" genre. Since the last blog was published, I have had many discussions with several music buffs including, The Bassman who made it clear to me that there is a lot of confusion and different opinions floating around as to exactly what the term "Rhythm and Blues" means today.

First, I want to make it clear that I do not consider myself qualified as a Blues or Rhythm and Blues expert. But I do have an interest in this area and have done some reading on the topic so maybe we can get a better handle on this category by learning and sharing information together.

From what I can determine, The Blues was mostly born from southern black jazz musicians in the early 1900s. It was truly an American art form that eventually traveled from the deep South to the North and the rest of the US by black workers who moved North to find a better way of life. From a technical point of view, the Blues does have its own musical form but that became blurred as more and more Blues music started to emerge on the American scene. In the late 1940s, The Blues was still mainly owned by black American jazz performers but was starting to be noticed by white performers and the powerful white-controlled music industry. I would guess that those music executives were somewhat confused by this black form of music because, while it may have started with the Blues, it was expanding into other musical forms. Since most of this music was still coming out of the black community, the term Rhythm and Blues came into use to cover most musical recordings being marketed to black Americans.

As time passed, there were a few major changes in the term Rhythm and Blues that are important in understanding how it got to its present form. In the late 1950s, the black musicians playing and singing Rhythm and Blues provided the foundation for the development of the Rock and Roll movement in the US.   It was during this period in the late 1950s and early 1960s that many white Americans "rediscovered" Rhythm and Blues and the black performers who were singing these exciting songs. Suddenly, white groups were beginning to play and record this style of music with great popular success. The development continued into the 1970s with "Gospel", "Soul" and "Funk" being added to the category. The next change occurred in the 1990s when R & B became part of pop rock music.

So..... now it is clear to me and also should be to you, why it is so difficult to pin down the songs that belong in this category. The songs include Blues, Gospel, Soul, Funk and Popular Rock. It seems to me that there probably is a different correct list for each listener.

One thing I have not mentioned is that with the Blues, there is a certain life experience or emotion present that I believe make up the mainstay of R & B, and I will make an effort to list those songs. This will take some time so I am open to all suggestions while we construct the list.

PS: In looking for information on this topic, I came across a cool blog, Shades of Blue that you might want to visit. The site location is: http://www.rhythmandtheblues.org.uk/public/shadeshistory . It's worth a look.
at October 26, 2009