WHO IS THE BEST JAZZ PIANIST PLAYING TODAY? 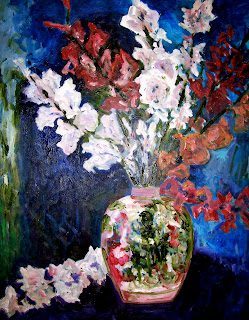 Interesting question now that the Great Oscar Peterson has moved on into the Jazz Band in the sky. My answer to this question might surprise some of you. In my opinion, one of the top 5 candidates has to include Diana Krall. Yes, Diana is best known for her singing, but if you need some persuading, listen to some of her cuts on her CD, "Live In Paris" recorded in 2002 in Paris. This CD, that I think might have been overlooked by some who did not know Diana back then, gives an excellent preview of how multi-talented she is. Her treatment of the standards on the CD are fresh and border on brilliance. Combine this with her piano playing with what can only be described as an outstanding group of sidemen, and you have the making of a classic CD. The CD was recorded live in Paris, the 2nd home of American Jazz. When you listen to the cuts, notice the excitement and appreciation of the French audience. Take special note of Diana's playing on:

1. I Love Being Here With you
2. Deed I Do
3. Devil May Care
By the way, the work of the bassist, John Clayton, is as good as it gets! Now that Ray Brown has left us, John has stepped up and taken his place among the best of the best bassists playing today.
As a side note, Diana has just produced and played on the new Barbra Streisand CD, "Love Is The Answer" that was arranged by the great Johnny Mandel. I ask you, if Barbra Streisand agrees to have Diana Krall produce and play on her new CD, doesn't that tell you how much the real professionals think about her work today?
Bottom line is that Diana Krall has taken a permanent place among the Best of the Best playing and singing standards today. She can do it all and does!
at October 07, 2009